Home » Blog » City stands behind Gateway to Opportunity project, despite some chagrin
Tue13

City stands behind Gateway to Opportunity project, despite some chagrin

Northeast Halsey has proven a provocative subject for both the City of Portland and Gateway residents, if not for different reasons.

There are currently nine Portland Bureau of Transportation (PBOT)-funded “safety fixes” as part of a broader Gateway to Opportunity Project, impacting Halsey Street from 60th through 162nd avenues over the course of the next four years. All components of the plan are scheduled to finish by 2021. 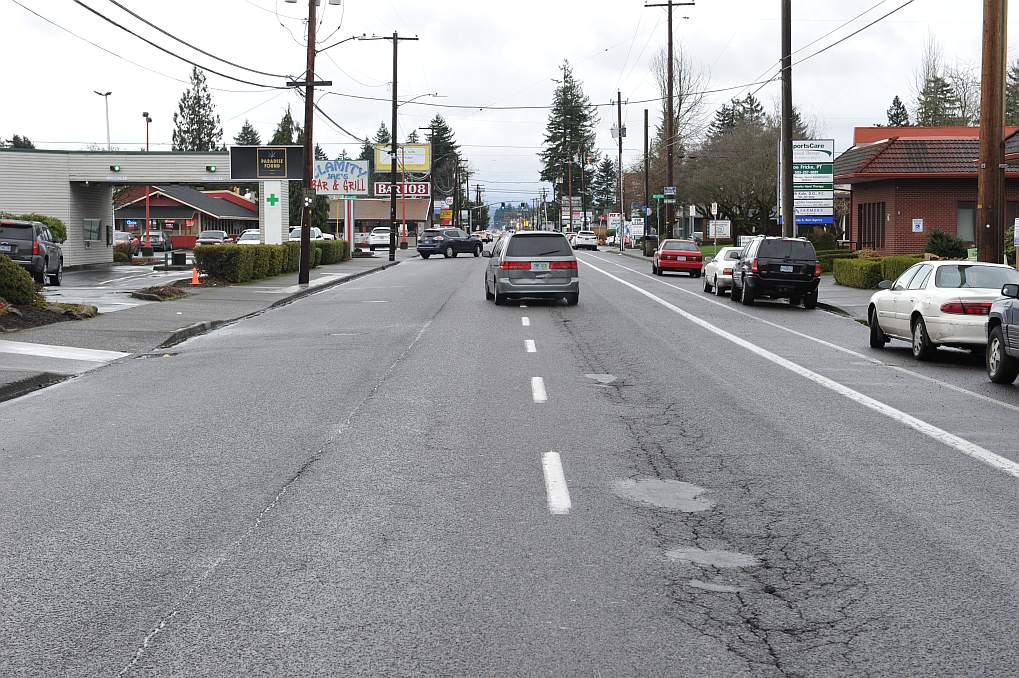 This part of Northeast Halsey Street that runs through the Gateway District, is set for improvements this year, including repaving the street from Northeast 102nd to 113th avenues.

“Gateway to Opportunity is this sort of targeting of Gateway for improvements that’ll help provide better access to jobs in neighborhoods. We’re thinking an increase of biking, walking and public transit,” explains Dylan Rivera, the public information officer for PBOT.

The most controversial of these combined projects has been the Halsey-Weidler Streetscape Project, which is first in line for completion.

It would place bike lanes next to the curb where cars are currently parked. Cars, which would require parallel parking, would then form an outer armor for the bike lanes, and vehicles would be divided by traffic islands. The plan also covers ornamental lighting, enhanced crossings and speed reductions.

Reactions have drawn ire from some business owners posted along the stretch (“Bike lanes cause rift between city and Gateway businesses” MCM August 2017), including Brad Fouts, who owns Bradford’s Sports Lounge on Halsey Street. He claims that the plan doesn’t consider the “little old lady” who needs to exit her car, who will soon have to look out for bikes on her right and whizzing cars on her left. 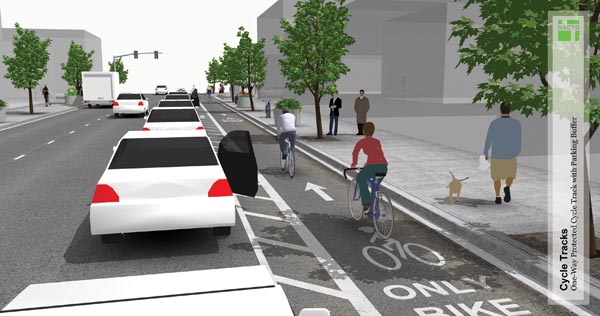 A protected bicycle lane is planned for Northeast Halsey Street between Northeast 102nd and 114th avenues in the Halsey/Weidler couplet.

There have also been claims that many bikers in the area are thieves and drug dealers, not people interested in the Tour de France––or hipsters looking to pick up a six-pack on their way home from work.

Rivera welcomes community input, but he argues in favor of the current plan. “This project will result in slower automobile traffic, making the street more welcoming for everyone. As always, [drivers] need to check their mirrors and be careful with their car doors so they’re not hitting anyone in a travel lane. We see a lot of potential opportunity for business growth for the Halsey-Weidler corridor that will be enabled by the Streetscape improvements. There’s plenty of room for vehicle parking, and it’s going to reallocate space to make people feel more comfortable parking their cars in the neighborhood because cars [around them] will be moving more slowly.”

Presently, the Halsey-Weidler Streetscape Project is set to join hands with the Fixing Our Streets (FOS) initiative along Northeast Halsey Street, which is a project funded by the gas tax passed by voters in May 2016.

One of the FOS paving projects will take place along Northeast Halsey Street in the Halsey-Weidler couplet from 102nd to 112th avenues. It includes a budget of $2,240,000, which calls for a three-inch grind and overlay paving along the intersection of 102nd Avenue and Weidler (updated ADA ramps are included.) The two projects will be realized together.

For now, the sliding timeline for implementation is concrete. “We’re scheduled for Feb. 21 [to be approved by City Council], and that vote would put us going out to bid by April [for contractors] and position construction to start this summer,” says Rivera. The process will take six to nine months for both projects, side by side, meaning they’ll likely both top out in the winter of 2019.

Meanwhile, the Outer Halsey Safety Project, further out than the Streetscape and FOS assignments, was approved on Oct. 26, 2016, by the Portland City Council. It’s a PBOT-induced safety improvement project that centers around Northeast Halsey Street from 114th to 162nd avenues.

According to a press release from that date, “In the past 10 years, 478 crashes have been reported on NE Halsey [Street] between 122nd and 162nd [avenues], 19 of which were fatalities or near-death injuries. Currently, a person crossing Halsey [Street] on foot would have to cross nine lanes of traffic: four general travel lanes, two parking lanes, two bike lanes and a center turn lane.”

In general, the Outer Halsey Safety Project would add sidewalk infill, protected bike lanes (like those seen as part of the Streetscape Plan), four rapid-flashing beacons and updated pedestrian crossings.

The project will be funded in part (about half) through system development changes. According to the press release, “Fees that developers pay [will help] to offset the cost of new development.”

The remaining million dollars were awarded through the City Council vote. The Outer Halsey Safety Project is in response to Vision Zero, an aggressive PBOT-led campaign to transform high-accident areas into places where there are zero traffic-related fatalities throughout the next 10 years.

The Outer Halsey Safety Project should conclude by 2020.

There’s also a project referred to as the “I-205 Overcrossing Improvements on NE Halsey,” which is set to take stage this fall. The Northeast Halsey Street I-205 over-crossing improvements will “convert one of the eastbound motor vehicle lanes to a two-way bike lane, extending a multi-use path,” according to PBOT’s website.

Click on these links: Gateway to Opportunity Project and the Outer Halsey Safety Project, for more information about Northeast Halsey Street safety fixes, or call Rivera at 503-823-3723.