We welcome submission of obituaries for free publication in the Mid-county Memo. Please send copy and a photo to editor@midcountymemo.com. Submissions may be edited for clarity and will be included on a space-available basis. 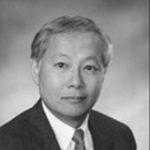 Roland Wong
Aug. 4, 1940–May 8, 2018
Roland Wong, a longtime resident of Parkrose passed away May 8 at Portland Adventist Hospital of congestive heart failure.

Roland was born Aug. 4, 1940, to On Wong and Jung Shee Wong in Portland. He went to Couch and Brooklyn elementary schools and graduated from Cleveland High School in 1958. He went on to receive his Bachelor of Science from Portland State University in 1962. He attended one year of graduate school at San Francisco State University.

Roland worked in the title and escrow industry for over 46 years. He retired from Fidelity National Title Insurance Company in 2007.

Roland is survived by his wife, Judy; son, Rudy; daughter-in-law, Cassandra; and grandchildren, R.J. and Alexandra.

Steve Rowe’s love of the outdoors led to a long career in the sporting goods industry. He was a David Douglas High School graduate.
COURTESY ROWE FAMILY

Steve was born April 1, 1948, in Portland to Frank and Eva Rowe. He grew up in Southeast Portland with his younger brother Mike, playing baseball, hunting, fishing and eventually becoming an Eagle Scout. Steve graduated from David Douglas High School in 1966 and started studies at Portland State University until entering the Army Reserves in 1973. He raised two daughters and built a home in Gresham.

Steve was an avid hunter and fisherman, which was the foundation for his 40-plus-year career in the sporting goods industry, including employment with Wigwam, All Sports Supply and finally Michaels of Oregon. He and his second wife, Debra, enjoyed years of travel, both for work and pleasure, including following the NASCAR circuit, rodeos and many trips to the beach. In later years, he joined the Moose Lodge, where he enjoyed a variety of social and administrative activities.

He was born in Medford on May 23, 1955, and graduated from David Douglas High School and lived his life in this city. We all knew him as the gentle giant with a heart of gold. He was a loyal employee, serving 42 years with the same company.

Ray leaves behind his sister, Carol Odom; his brother-in-law, David Odom; his niece, Carlie Miller, and her husband, Bobby Miller; his nephew, Calvin Nelson; and his grandnephew, Isaiah Nelson.

A memorial service has been held. In lieu of flowers, donations may be made to the State Forests Recreation Fund online at tillamooktrust.org/donate, or mail a check to Tillamook State Forest Trails 801 Gales Creek Road, Forest Grove, OR 97116.

Douglas R. Neely
April 6, 1943–July 28, 2018
Douglas Roger Neely was a lifelong resident of the Portland area, born April 6, 1943, to Eldon and Marie Neely. He graduated from David Douglas High School and joined the U.S. Navy in 1960, where he served on the U.S.S. Phillip and U.S.S. Farragut in Japan and Hawaii.

In 1967, he became a fireman and worked for 19 years until his retirement in 1986. He retired as a lieutenant but was next in line for captain. On Feb. 14, 1986, he married Carol Lang, and she was loved by his entire family.

Doug had many hobbies; he loved fishing, cars and gold mining, and he was a rock hound and made jewelry. He loved to joke around, especially with his children and grandchildren. He was also a collector of odds and ends and antiques.

He is survived by his wife, Carol; sons, Jim and Greg Neely; sister, Shirley, and husband, Bruce; grandchildren, Brian and Brandon; and great-grandchildren, Benjamin and Olivia. He was preceded in death by his parents and sister, Carrol.

He was buried with military honors at Willamette National Cemetery.

He attended David Douglas High School, which he loved. He wore tuxedo shorts to the prom (to the chagrin of the chaperones), but that was Jack. He was active in the drama club, starring or acting in all the plays, and he was on the tennis team. He loved and played tennis all his life.

He was the oldest of three children. Jack worked in the family business, Thrifty Auto Supply, from a young age, learning to stock shelves and maintain inventory. Their family was very business-oriented, and he learned from many a dinner table conversation how to run a successful business. Jack purchased Thrifty with his brother, Steve, in 1971. He later sold his interest to Steve and invested in NW MED, Inc., in 1983.

He also learned about real estate at an early age from his maternal grandfather, Harold, who was very enterprising. Harold and his wife, Fernie, lived out on Marine Drive and started a marina, had a you-pick peach orchard, pony rides and more. The family had fun boating, water skiing and camping over at Government Island. Jack liked to “dabble,” as he called it, in commercial real estate. He enjoyed buying and improving properties and had many loyal tenants.

He met Kristen Turner through mutual tennis friends in 1994. They married in 1997 when Jack’s youngest son, Jake, was 13. They became a very loving family. Jake is now married to Sonal Chopra, and they have two beautiful children: Eli, 20 months, and Kendric, born on the Fourth of July, just in time to meet her wonderful grandfather. Jack’s last two difficult years were brightened by these two adorable children.

Jack and Kristen shared a love of travel, golf, tennis and hiking and split their time between Portland and Palm Desert, California. They were a happy, devoted couple. They were pals.

Jack was a kind man. He was a true gentleman, especially as he got older. He led with a smile and an easy manner. Very evolved and spiritual and guided by the Alcoholics Anonymous principles (sober 34 years), he mentored many on business and life.

He served on the board of the De Paul Treatment Center from 1995 to 2017 and was chairman for five of those years. He also supported Metropolitan Family Services as a favorite charity.

Jack was preceded in death by his parents; sister, Julie; and son, Joseph Dean, who passed away in 2016. He is survived by his brother, Steve; his wife, Kristen; his sons, John Jr. and Jake; and his four grandchildren, Joey, Helani, Eli and Kendric. Of Jack’s former wives, Sharon Rasmussen, mother of John, is deceased; Candace LaRoche, mother of Joe and Jake, has passed; and Lenore Barrett is surviving.

A celebration of life has been held.

The son of James and Gladys McLean, he is survived by his wife, Marilyn Larsen, and brother, Robert McLean. He graduated from David Douglas High School, Mt. Hood Community College and the University of Oregon. Bill was a sales representative for Northwest Hotel Supply and Kalberer.

A service has been held.