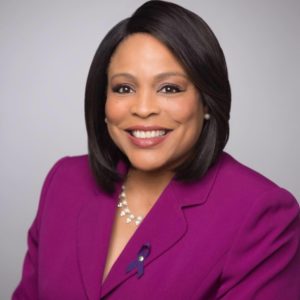 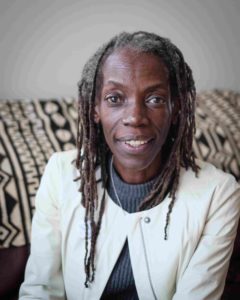 Here are the questions and their answers:

1. The homeless issue is crippling east Portland. As a new commissioner, how will you address east Portland’s homeless crisis and deal with illegal camping and the garbage strewn about our neighborhoods?

Jo Ann Hardesty: “I believe we need short- and long-term goals to address the 4,000 houseless community members on our streets. Our city’s housing crisis has become a public health issue that impacts us all.

Currently, Central City Concern is collaborating with the city to manage a pilot program that would hire houseless people to pick up trash.
Trash pickup as well as mobile laundry and meal delivery are services that can help address issues associated with living outside. I am glad to see that the city is taking the right steps; however, we need to push these projects city-wide and expand the program.

As a board member for Human Solutions I have worked to move houseless communities to shelter, and I am supportive of the current Metro bond measure to increase our affordable housing units.”

Loretta Smith: “We do have a homeless crisis across our entire city. Portland has changed; it’s become unaffordable for so many. We can’t build our way out of this crisis. As a city commissioner, I will expand affordable housing options and social services.

We need more job training opportunities to help those most vulnerable be able to get good family-wage jobs.

We need to bring more affordable housing units to market faster. I’ve proposed the following:
• For existing multiplexes, if the property owner designates 20 percent of the units for affordable housing, provide a limited-year tax abatement.
• Clean up some of the 900-plus brownfield sites located along transit lines and then open the site for mixed-use development that includes retail and affordable and market-rate housing. Brownfields are abandoned properties that have environmental contaminants, like former dry cleaners or gas stations.
• Buy and rehab long-abandoned “zombie” houses. These houses are a nuisance and eyesore for neighbors and pose a safety risk. Then sell them to teachers, police and firefighters. Having them live where they work helps teachers to get to know their students and their parents. The same holds true for police officers, who can more fully embrace community policing as they build relationships with residents. And it also applies for firefighters being part of the community.

But there’s another element to this crisis. We have “service-resistant” individuals who, even if given free housing and services, would choose to camp, use drugs and do whatever it takes to support their lifestyle.

I’ve heard from so many Portlanders who’ve shared their frustrations and fears about what’s happening with illegal camping. Residents and businesses have been harassed and threatened, and they’ve had their cars, homes and businesses broken into, with trash piling up all around these campsites.

We see businesses moving out of the area due to their frustrations. All of this threatens our livability and our economic vitality.

While we focus on helping those with economic, mental health and other issues that have pushed [the homeless] out of their homes, we also need to address those service-resistant individuals whose are negatively impacting our neighborhoods and businesses. We need to stop illegal camping, act to address the opioid crisis, adopt and enforce policies that stop illegal camping, hire more law enforcement and expand Neighborhood Response Teams, while continuing to help those ready to accept and truly in need of help.

As city commissioner, I will continue to look for solutions and opportunities to partner with public and private groups to address this issue.”

2. About half of 911 calls are for police to deal with homeless issues, according to reports from The Oregonian. Do you support hiring more police officers to help deal with increasing property crime rates? If not, how would you deal with this issue?

Jo Ann Hardesty: “No, I do not support hiring more police until we have audited the entire Portland Police Bureau’s operation from top to bottom. The city of Portland already spends 54 percent of the general fund on the Police Bureau, with ineffective results.

[We had a] 2012 Department of Justice case settlement for the overaggressive treatment of people with actual or perceived mental illness, as well as a ludicrous rate of 52 percent of all police arrests consisting of homeless people in 2017. Of that 52 percent police arrest rate, 39 percent were crimes of poverty and were unlikely to elicit a 911 call—missing court, violating probation or parole or having a warrant.

Instead of investing in police, my goal will be to invest in hiring more 911 operators as well as [investing in] their continued education to deploy the right resources for the right problem. One area for improvement is to consider triaging calls through the fire department.

The fire department currently has a small fleet of rapid response vehicles, which may be more appropriate for mental health and other calls, allowing police to focus on other types of calls such as crime. If a pilot program adjusting response proved successful, I would prefer to see our fire department expand this resource.”

Loretta Smith: “I think the high call volume related to homeless reinforces the need to address that issue with a multi-pronged approach. That includes hiring more law enforcement and fully embracing a community policing model.

But at the same, we have more work to do to advance equity issues, which includes more training to better respond to issues involving people of color and people experiencing mental health issues. We have fewer police officers today than in the mid-’80s, even though our population has grown rapidly.

Having more law enforcement would allow all officers to patrol with a partner, which will help them better respond to the stressful situations they face. We also need more officers, so they can respond and investigate serious crimes.

When my son’s house was broken into recently, it took police two-and-a-half hours to respond. Is it because I live in east Portland? No, it’s because we have so few law enforcement officers that we don’t have enough to adequately serve our city.”

3. Traffic congestion is getting worse every day. How do you plan to address this?

Jo Ann Hardesty: “Before considering options like congestion pricing, I believe we need to make investments in expanding public transportation first. To begin, we should make public transit free during rush hour, a concept I am currently discussing with the Portland Bureau of Transportation and Metro.

If a program is implemented and is successful, we then need to expand fareless transit system-wide, including expanding youth passes to all school districts in the metro area. In addition to busses, we should also be expanding public transit overall, specifically in areas like north and east Portland, prioritizing pedestrian- and bicycle-friendly infrastructure.

Providing more options for Portlanders to get where they are going using alternative transportation is our best bet at reducing congestion as well as meeting our climate goals.”

Loretta Smith: “We need to address transportation issues with a multi-modal approach. Providing equitable and effective transportation infrastructure is a top priority for me, especially in east Portland.

As residents have been priced out of the city core, it’s critical that we make investments in east Portland that provide more transportation options. There has been a lack of investment in safety features, including building sidewalks and safe crossings to access bus stops.

It’s critical that east Portland gets these investments, plus more bus service, rapid transit and bike lanes. Portland also has a long backlog of deferred street maintenance that needs to be adequately funded. The priority is to focus on neighborhoods with low-income people and people of color.

One transportation proposal I’m reviewing is for the Rose Quarter area, which is a multi-modal project to improve safety and operations on I-5 between I-84 and the Fremont Bridge. The project also includes local street improvements in the Broadway/Weidler area for bicycle, pedestrian and vehicle circulation in the area.

I look forward to seeing [the Oregon Department of Transportation’s] Environmental Assessment on the project that will be completed later this year. In addition to transportation safety improvements, the project will allow the city to open some of the land for development.

A recent research study shows cities across the country are struggling with tremendous congestion from ride-hailing services like Uber and Lyft. While convenient for riders, it’s having a negative impact on our roads, businesses and neighborhoods.

It’s adding more traffic and more congestion on our roads. I want to review our current policies to ensure that these services remain beneficial, while limiting their negative impacts. I am very interested to see how the new policy in New York City plays out, which limits the number of licenses available for ride-share drivers.

I’ve served on the Metro Policy Advisory Committee board for several years, including as chair, and working collaboratively we’ve tackled some of the tough issues around regional transportation, public safety and environmental justice. I will bring that same approach and experience to the City Council as we tackle these issues head on.”