If you’re sending a submission, include all details that apply: individuals’ names, details of the milestone and a contact name and phone number. If you have photos, send them. The submission deadline for the September issue is Wednesday, Aug. 15. For best results, e-mail editor@midcountymemo.com or mail submissions to 3510 N.E. 134th Ave., Portland, OR 97230. Call 503-287-8904. 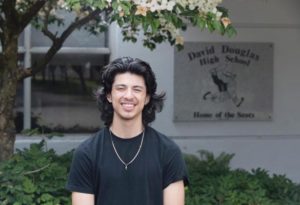 When five students gathered at the first meeting of Oregon Student Voice in 2016 to find a way to influence education decision-makers in Oregon, the students themselves had never met. But Jared Cetz seemed to bring the room together, identifying how they could make a difference and what it would take. Jared’s vision that summer helped shape one of the most important independent education movements by young people in Oregon. And the kicker? Jared had just finished eighth grade.

At 14, Jared helped establish the mission, vision and goals of Oregon Student Voice with his four teammates. By 15, he was testifying in front of the state legislature and publishing opinion pieces in The Oregonian. And now, at 16, he’s the executive director of Oregon Student Voice, overseeing a team of 10, engaging 50 other members, and planning statewide campaigns.

Jared, who will be a junior next fall at David Douglas High School, said he first connected to education policy through the independent nonprofit Chalkboard Project. A former teacher recruited him to address a teachers’ conference.

“Oregon Student Voice empowers students to be authentic partners with education decision-makers, to have a seat at the table,” said Cetz. “We go to school five days a week; we know what makes a difference.’’

As an advanced honors student with a 4.0 grade point average, Jared said his biggest challenge is managing his volunteer work along with extracurricular activities and at least four hours of homework every night. He said he’s constantly using whiteboards, calendars, sticky notes and other tools to keep up—and he still sometimes misses sleep and meals to make it all work.

Nonetheless, he has no interest in stepping back. Instead, he’s excited about Oregon Student Voice’s first statewide student voice rally he’s planning, set for Sept. 24 at Willamette University.

His dream is to study international relations in college and someday work at the United Nations, where he “could be helping people but also learning.” Education will be his passion, he says, for some time.

“The passion comes from wanting to make use of every opportunity and the fact [that] I just like helping people,” he said. “It brings me joy.” 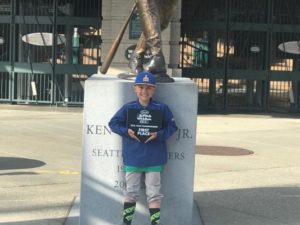 Third grader wins Pitch, Hit and Run
Chaz Johnson, a Russell Elementary School third-grader, is the Seattle Mariners’ Major League Baseball Pitch, Hit and Run 7- to 8-year-old champion. He beat out kids from Alaska, British Columbia, Washington, Idaho, Montana and Oregon to represent the Mariners at the national competition, where he placed seventh. 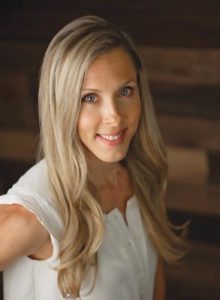 Meet Mrs. Multnomah County
Many will try, but only one will win the Mrs. Oregon America crown.

Arah McLaughlin, a chiropractor in Gateway, is one step closer to that crown now that she has been named Mrs. Multnomah County 2019 and will participate in the Mrs. Oregon America pageant.

McLaughin says she decided to participate in the pageant “because in this process I know I will not only gain confidence and poise but also many opportunities to meet new people and to encourage kindness in all that we do in life.”

She and her husband, Shane, own and operate Core Elements Chiropractic and Wellness, 13112 N.E. Halsey St. They are the parents of two children, Cayden and Mazy, who attend Portland Christian Junior/Senior High School. McLaughlin earned a doctorate in chiropractic medicine at University of Western States in 2006.

After devoting her time and energies to her family, business and patients, McLaughlin sees her role as Mrs. Multnomah County to continue “to strive to be the best version of myself that I can be” and to serve as “proof that what feels scary or unattainable is indeed achievable and worth pursuing.”

She invites you to follow her on this journey at facebook.com/mrsmultnomahcounty2019arah-mclaughlin. 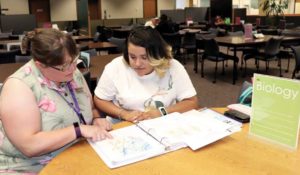 PDX Bridge provides students from vulnerable populations with a “bridge” from high school through the completion of their first year of college. Through the program, high school students can access peer mentorship and college readiness/dual-enrollment classes. Once they finish high school, they will receive college success coaching at MHCC. Additionally, Worksystems’ SummerWorks initiative will offer summer internship opportunities to these students.

As part of the grant program, MHCC hired a student success coach who will guide, advise and connect the students to resources, as well as support and encourage them through their first year of college and beyond.

According to Children First of Oregon’s 2015 report, there are 3,066 children in foster care, 5,798 homeless children, and 3,366 adjudicated youth in the Portland area. Nationally, only 10 percent of foster youth enroll in post-secondary education, and only 3 percent obtain a post-secondary credential, compared to 40 percent of their peers.

You can learn more about the PDX Bridge program at gatewaytocollege.org/pdx-bridge.html.