The Mid-county Memo is your newspaper. We want to hear from you. Discuss an important issue, respond to a request for comment or address a concern you want to call to the attention of the community. Letters to the editor will always be edited for space, style, grammar and issues of clarity. Please include your full name and identify the neighborhood in which you reside. We prefer e-mailed letters to the editor sent to Darlene Vinson at editor@midcountymemo.com. Please put “Letter to the editor” in the subject line. You may also mail your letter to 3510 N.E. 134th Ave., Portland, OR 97230. The submission deadline for the August issue is Sunday, July 15.

PBOT not interested in input
To the Editor:
After last month’s article in the Memo (“PBOT has plans for east Portland” MCM June 2018) regarding the changes the Portland Bureau of Transportation (PBOT) is proposing to Northeast Glisan Street, I was skeptical and decided I’d attend the PBOT presentation at the library. I vacillated about whether to sign up to speak and decided I would in case my concerns were not addressed by others. Upon arrival, I found there was no presentation, and instead there were stations staffed by PBOT employees. There was no general informational presentation and no opportunity for the neighborhood residents to voice their views—pro or con. It was apparent our input was neither important nor desired.

My understanding today of PBOT’s plan is that Glisan will remain four lanes eastward from I-205 through 102nd Avenue and will then transition to a middle passing lane, a single lane east and west and a parking lane at the edges of the through lanes creating a “buffered” cycling lane adjacent to the sidewalk. Glisan will again widen to four lanes through the 122nd intersection and just east will return to a two-lane street to the city line—162nd Avenue. When the angry crowd asked why this was the case of the project manager, Timur Endur—a pleasant and knowledgeable young man, even under pressure—he told us it is for safety and to give all Portlanders equal opportunities … whatever that means.

This is just wrong in too many ways.

Like everyone, I mourn the unnecessary loss of every life, but considering the thousands of cars that use Glisan each day, two accidents in two years—albeit tragic—leads me to believe Glisan is a safe corridor now. We’re forgoing four lanes to create street parking we don’t need and bicycle lanes for the mere handful of cyclists who use Glisan. The smartest ones, I assume, pedal a short minute south to Burnside where traffic, already limited to 30 miles per hour, is separated by the MAX tracks, allowing just one uncluttered lane in each direction, no street parking and no bioswales to dart towards traffic to get past.

We love where we live and don’t want it to change, and we surely don’t want it to be like the inner east side. We don’t want a lottery to decide who can park where and when. We don’t need street parking; we park in our driveways. We don’t want to leave our residence and step directly onto the sidewalk to walk to the newest restaurant opening or a cute little coffee shop down the street. Coffee is something we brew ourselves and enjoy with our neighbors when time allows. We truly cherish our lots that afford us the opportunity to plant a little garden, raise a couple of chickens or simply toss around a ball with the kids. We can’t allow the city to take away what we know to be our quality of life.

Choosing to live in the suburbs does come with a trade-off. Most commute to work. Glisan is the only east-west arterial that, when one reaches I-205, affords us the choice of going south or north and, most importantly, direct access to westbound I-84. No other east/west thoroughfare offers this timesaving convenience, and we can’t allow it to be “engineered” away.

If you’re not willing to give up your most direct access to the freeways and if you think PBOT is spending millions to solve a problem that doesn’t exist, each one of us must make their views known—now!

Timur Ender, PBOT’s project manager, can be reached at timur.ender@portlandoregon.gov or at 503-823-7084.

An additional note to the mayor and/or Dan Saltzman can’t hurt. 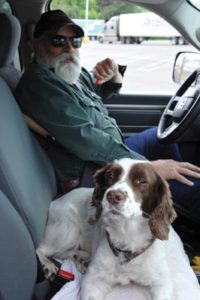 U-pick connects consumers, farmers
Way, way back in the last century when I was a kid, there were U-pick strawberries from the end of May to the middle of June on Northeast 122nd Avenue and Sandy Boulevard where the Kmart now is. There were more U-pick berries north of the railroad tracks on 145th and Sandy where the vehicle auction yard stands and even more berries from 147th and Sandy south to the freeway. So-called progress—I like to simply call it constant change—ended all those fields, but Ron Spada recently brought U-pick back to the community on Northeast 158th Avenue and Sandy Boulevard in a bigger and better way. He has U-pick strawberries from the end of May through the end of September and U-pick tomatoes; corn; and many varieties of peppers, pumpkins and squash as the summer and early fall season moves on. What is always remarkable about urban U-pick is that the consumer has a relationship to the produce and learns to respect the time and labor of the farmer and the hand of nature in the process.

Bon appetit, and remember to bring your own containers and practice waste reduction too.

Plan a park on Gateway property, not a slum
To the Editor:
I was one of about 30 people who testified to the Planning and Zoning Commission on June 12 about proposed changes of multi-family housing zoning in Portland.

I spoke about the need of a large park taking up land owned by Ted Gilbert, other investors and the David Douglas School District [the 10.5 acres between Northeast 99th and 102nd avenues on Northeast Pacific Avenue, across the street from Fred Meyer and near the Gateway Transit Center] as a prerequisite to dense housing construction farther south all the way to Mall 205. The document challenged, perhaps with enforcement, makes this block of housing like some in downtown and in smaller scattered areas, Zone RX, up to 100 feet tall (10 stories), with half the surrounding green space of desirable suburban living. Without a park all the city can share—the first accessible by public transit—and without local good jobs making people want to live densely, the area becomes a slum.

A better future of east Portland, now possible, is foreclosed.

I call upon Ted Gilbert—and the other holders of land most valuable when owned by us all—to rally with Metro and other parks planners and be heroes.
Phillip Norman
Hazelwood