At the end of each school quarter, the Memo notes the achievements of area students and athletic teams. If we missed someone, let us know by e-mailing editor@midcountymemo.com or calling 503-287-8904. When you encounter young people in this community, know you are meeting some of Portland’s best and brightest.

ART
Esther Petukhova has won a Best in Grade National Scholastic Art and Writing Award. The Best in Grade honor is awarded to only two visual artists from each grade (seven through 12) nationwide. The award comes with a $500 cash prize and a ceremony at Carnegie Hall. Petukhova also earned a national gold medal, three national silver medals and 19 regional gold key awards.

MAC SCHOLAR ATHLETE
The David Douglas High School 2018 MAC Scholar Athlete is Josiah Green. Green, a three-sport athlete, keeps his grades up while participating in football, wrestling and track. Wrestling coach Anthony Weerheim describes him as a leader “who has excellent work ethic, a huge heart and tons of athletic ability.” Football coach Josh Dill said Josiah “earned his name on the back of his varsity jersey this year [by] meeting the required grade point average, community service hours and attendance in training sessions.” 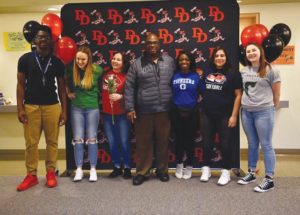 BOYS BASKETBALL
Bronco boys went 10-4 in league play to earn a play in game versus Summit of Bend. The Storm rolled into Rossi Field to claim a 55-54 victory and a spot in the 5A championship bracket. 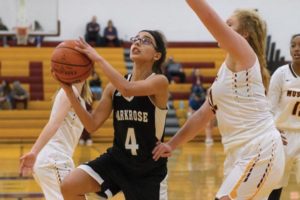 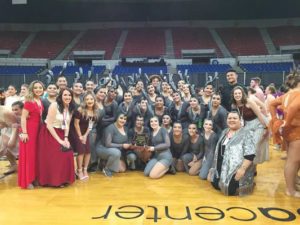 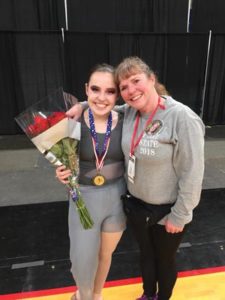 GOVERNOR FOR A DAY 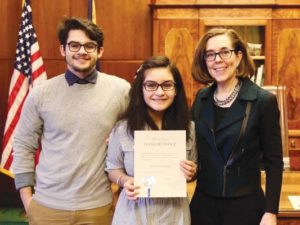 Parkrose Middle School student Karla Ochoa won the Governor for a Day essay contest. She shadowed Governor Brown as she served as “governor for a day.” Karla, accompanied by her brother Adrian, met with the Superintendent of Education and Korean diplomats, toured the capitol and enjoyed a private luncheon with the governor.

Karla’s essay expressed her desire to be a voice for the voiceless, including members of the LGBTQ community, immigrants, people of color and other marginalized groups.

Mellian Asmelash, also a Parkrose Middle School student, was a top-five finalist in the contest. 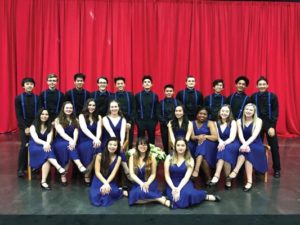 Parkrose Debonaire boys took first place at districts, as did the girls. Each group also qualified for the state competition. 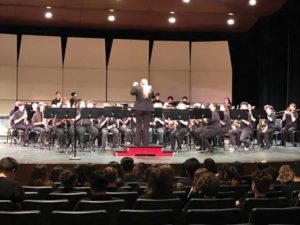 Three Parkrose High School students who take part in the Portland Parks & Recreation EAGLE Caddie program (Early Adventures in Golf for a Lifetime of Enjoyment) have earned full housing and tuition scholarships through the Evans Scholars Program: Thu Victoria Dang, Joseph Goodwin and Taylor Phomphakdy. Each has been awarded full scholarships to the University of Oregon beginning this fall.

Evans Scholarships are supported by the Western Golf Association and valued at more than $100,000 over the course of four years. The requirements for becoming an Evans Scholar are based on financial need, good grades and the skills of a strong caddie.

Taylor Phomphakdy said, “I literally cried tears of joy. There’s nothing I’ve been wanting more than to be the first in my family to attend a four-year university. But to get a full ride feels absolutely unreal. It still feels like a dream to me. I may be getting a full ride to UO, but I am forever indebted to the EAGLE program because of the lifetime of opportunities it’s now opened me to.” Her teachers refer to Taylor as a role model, as she consistently helps other students understand new material and thrive in school. Taylor also serves on the AVID student council.

Thu Victoria Dang is a Vietnamese immigrant who has lived in Portland since 2011. She lives with her mother and father. As she began middle school, Victoria only spoke a handful of English words. However, she was able to successfully exit the school’s English as a Second Language program by the end of eighth grade. Now she’s a freshman-to-be at the University of Oregon on a full ride.

Joseph Goodwin is a top student at Parkrose High School who believes his best attributes are his perseverance and his ability to adapt to his surroundings. Joseph is excited to begin college and plans to attend medical school to become an anesthesiologist.

View the entries at bit.ly/2poNRYY. The Parkrose entries are “Phone Drones” and “Welcome to Recyc Corp.”

The competition is intended to engage teen workers, who are twice as likely to be injured on the job, according to federal studies.

A group of Parkrose students won the contest last year with a video called “Rewind.” 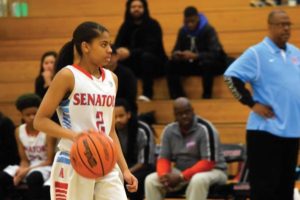 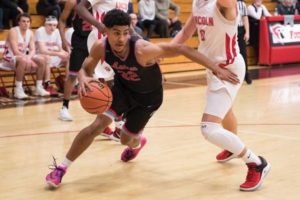 The Senators finished sixth in the Portland Interscholastic League (PIL) qualifying for a first round game in the OSAA state championships. They were turned away 63-58 by West Linn in that game. 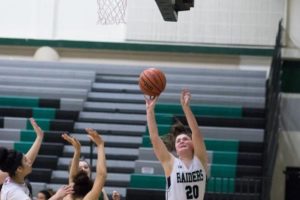 The National Football Foundation Oregon Chapter has recognized Aidan Perry for his excellence in athletics, academics, leadership and community service. He is one of 16 finalists and will receive a scholarship valued between $750 and $1,500.

Perry led the Royals in total touchdowns, as well as total tackles and solo tackles, for the 2017 season. His stats on offense and defense include rushing 57 carries, 313 yards and 5.49 yards average per carry with five touchdowns; receiving 6 receptions for 65 yards and 13 average yards per reception resulting in three touchdowns; 69 tackles (35 solo and 34 assists); one interception; and one fumble recovery. He was named first team flex player and second team defensive back in the Lewis & Clark League.

During the winter, Perry plays basketball, and he is looking forward to this spring when baseball season starts. When track and field meets begin, he will run the relays. This busy athlete is also in the National Honor Society and is the student council senior class representative.

GIRLS BASKETBALL
City Christian girls basketball took second in Northwest League play and had a 17-8 record for the season. The Lions faced off against Monroe in the first round of OSAA championship play but were turned away 80-43 and did not advance. 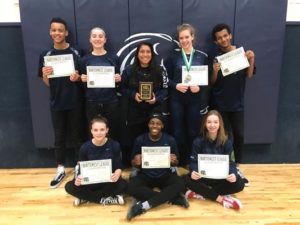 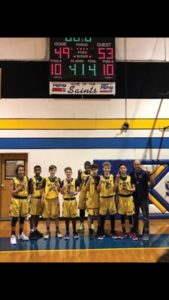 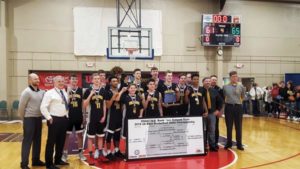 Columbia Christian boys are 2A state champs. A young team with but one senior and a host of freshman, the Knights went 17-1 in conference play and had a 30-1 overall record.

The boys began their quest to the state title with a 79-38 rout of Elgin in first-round play on their home court. At the eight-team championship tournament in Pendleton, they beat Kennedy 58-45 and Vernonia 67-48 before dispatching Western Mennonite 65-61 to claim the championship.

Freshman Ben Gregg set a tournament record with 51 rebounds in three games, breaking the previous record by 10. He also led Columbia in scoring and ranked second overall for the tournament, winning a unanimous selection to the all-tournament first team. Junior point guard Dominic Blake won a berth on the all-tournament second team. 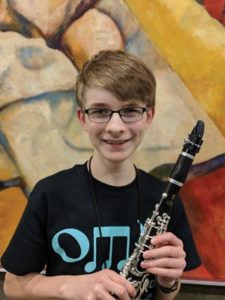