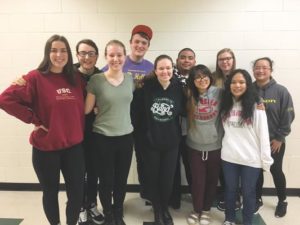 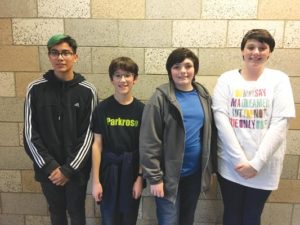 Soccer (Boys)
The Broncos ended their season 12-1-4 to qualify for the OSAA Championship tournament. They defeated Summit 3-2 in first-round play but stumbled in a 2-4 loss to Corvallis in a quarter-final match. 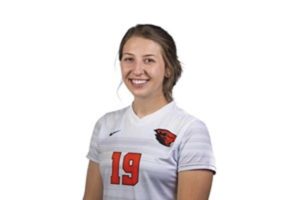 Krening, a political science major, has yet to see the field in her Oregon State career. Before coming to Corvallis, she was a standout performer for the Broncos, where she tallied 27 goals in her senior season. Krening also played with the Portland Thorns Academy.

Cross-Country
Senior Beau Griffith finished third in league with a 17:33 time for his 5,000-meter run, which earned him a spot at the state meet at Lane Community College. He finished 23rd in a field of 114 with a time of 17:38.

Volleyball
On the strength of an 11-1 conference record, the PCS volleyball team advanced to the OSAA State Championship tournament at Forest Grove High School. They dispatched Creswell 3-2 in a first-round match up, but they fell 1-3 to Santiam Christian (the eventual tournament runner-up) in a quarter-final match. The girls finished eighth after losing 1-3 to Rainier in the consolation bracket. Coach Kristina Gore was named Lewis & Clark Conference coach of the year. 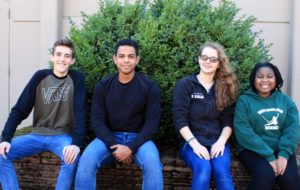 Faith into action
PCS’ vision of “growing leaders in mind and spirit since 1947,” dovetails wonderfully with Concordia University’s mission of “preparing leaders for the transformation of society.”

To this end, four PCS students completed Concordia’s summer immersive EnvisionPDX program, which collaborates with high school students to explore innovative and creative new models of leadership at the intersections of Christian faith and positive social change. The program helps students connect their faith to action and challenges them to dig deep and channel their passions for helping others, explore their self-image and discover how to become agents of change (envisionpdx.cu-portland.edu).

Acceptance into the program is competitive, and completing the program is challenging. Senior Jonathan Croston, juniors Justin Keegan and Genesis Berlin and sophomore Annie Bahr were selected to be part of the EnvisionPDX 2017 cohort of 33 students. All four graduated from the program. 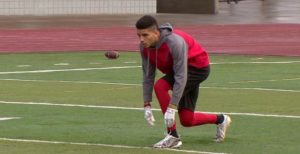 Football
The KOIN Athlete of the Week for Nov. 17 was Scots receiver Jaydin Proctor. Proctor leads the state with more than 1,100 receiving yards. He averaged more than 130 yards per game and scored 13 touchdowns.

Proctor works day in and day out to perfect the game he loves.

“The more you work, the more you’re going to get better,” Proctor told KOIN 6 News. “Every summer I go to those camps. Every day I’m doing something to get me better.”

Though he may be underrated, Proctor has big dreams and is motivated to compete at the highest level. “You got to take those small steps to get to that point and, I guess for me, it’s just go to whatever college gives me an opportunity and a ball out there, and hopefully I’ll get an opportunity to play in the NFL,” he said. “That’s been my dream as a kid, you know.”

Soccer (Boys)
The Scots faced off against Sunset in first-round action in the OSAA Championships. Sunset won 3-1.

Soccer (Boys)
The Senators earned a berth in the OSAA Championships. Their first-round game ended in defeat to South Salem, 1-2.