Local businesses provide employment for area residents and products and services close to home. Mid-county Memo Business Memos celebrate news, advancements, promotions, retirements, expansions and other noteworthy events at these cornerstones of our community. To share news of your business with our readers, Business Memo submissions for the December issue are due by Wednesday, Nov. 15. For best results, e-mail Darlene Vinson at editor@midcountymemo.com. You may also mail submissions to 3510 N.E. 134th Ave., Portland, OR 97230. To leave a phone message, dial 503-287-8904. 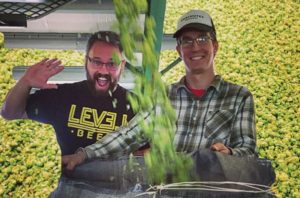 Level Beer holds child-friendly grand opening Nov. 4
Level Beer, Argay Terrace’s resident brewery, has been open since late summer at The Barn’s old site near Marine Drive (“Family-centric brewery opens on former site of The Barn” MCM July 2017); its grand opening Saturday, Nov. 4, however, will be an event sure to pack some punch.

Since exploding on the scene, Level Beer has carved out a reputation for itself as a dependable and unique haven for local froth-mongers with its savvy, greenhouse-laden grounds. It arrived packed with a barrel brewing system that includes two 20-barrel and two 40-barrel fermenters, along with two 4-barrel brite tanks. Already, Level Beer has found itself an audience with its focus on being family- and even dog-friendly.

The brewery was a necessary addition not just for Argay Terrace but also for east Portland. It’s the only brewery within a wide mile radius past I-205, and little equivalent competition exists.

“We’re getting lots of positive feedback, especially from the people living in the neighborhood,” says founder Geoff Phillips.

The upcoming grand opening bash should provide the community with even more to clap for.

“Now that we have about a dozen of our beers to showcase, we’re excited to throw a grand opening party. We’re still working on all the details, but expect live music throughout the day, plenty of activities for the kids, open tours of the brewery and a new beer release,” adds Phillips. 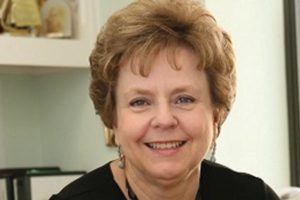 Columbia Christian Schools taps Marquita Moss to fill in as interim president while the board begins their search for a permanent replacement.
COURTESY JARED LEE

Interim president in place at CCS
Marquita Moss has been appointed interim president of Columbia Christian Schools (CCS) on the recommendation of the administration and the unanimous vote of the board.

Outgoing president Kevin Reed, who served CCS for more than eight years, resigned this summer to pursue full-time ministry. Moss has been tasked with leading the Strategic Plan and supporting the search for a permanent president.

Moss has extensive experience in all aspects of Christian education, having served as principal, executive director, and president of Brentwood Christian School in Austin, Texas, for more than 30 years. She retired as president emeritus this past summer. In addition to her administrative experience, she has served on the board of the National Christian School Association (NCSA), the NCSA Accreditation Commission, the Texas Private School Accreditation Commission, and the Texas Private School Association. She is currently a Colson Fellow.

According to Moss, she was visiting one of her daughters in Little Rock, Arkansas, when she received the call this summer about a possible interim position opening at CCS. “I received a call from a member of the Columbia Christian Schools Board asking me to consider this position,” said Moss. “Within three weeks, I had accepted the position, moved to Oregon and was ready to learn the culture and meet the faculty by the first day of in-service.”

Moss said that she wants to continue to build on the success of Reed’s legacy, who helped navigate the school’s expansion through a significant campus acquisition in the summer of 2012, when the property increased to 12 acres. During his tenure, Reed also facilitated an increase in staff members and managed the logistics of a growing student population as enrollment steadily climbed. In addition, he oversaw Columbia’s promotion from 1A to 2A in the Oregon School Activities Association Athletic Conference in 2016–2017.

CCS is a private Christian school located at 413 N.E. 91st Ave. Columbia Christian School seeks to provide a Christ-centered education focused on excellence in faith, character and academics to students in preschool through 12th grade. With full accreditation from the Northwest Association of Accredited Schools (through AdvancED) and Association of Christian Schools International, CCS provides a strong academic environment as well as a community that nurtures students spiritually and socially. The school is affiliated with the Churches of Christ and is run by an independent board of directors.