Local businesses provide employment for area residents and products and services close to home. Mid-county Memo Business Memos celebrate news, advancements, promotions, retirements, expansions and other noteworthy events at these cornerstones of our community. To share news of your business with our readers, Business Memo submissions for the November issue are due by Monday, Oct. 16. For best results, e-mail Darlene Vinson at editor@midcountymemo.com. You may also mail submissions to 3510 N.E. 134th Ave., Portland, OR 97230. To leave a phone message, dial 503-287-8904. 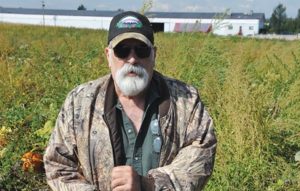 Spada Farms adds a pumpkin patch
In addition to their fruit and vegetable stand at 5905 N.E. 158th Ave. (off Sandy Boulevard), Spada Farms opened a pumpkin patch this month. On the original site of Trapold Farms’ Punkin’ Patch at Northeast 158th and Mason Street,

“This is the first year there’s been pumpkins here in almost 40 years,” said Ron Spada as he led the Mid-county Memo on a tour of the eight-acre patch. “This is where the Trapolds had their pumpkin patch way back when in the ’60s and ’70s. Somehow, we ended up with these 40 acres, and we put pumpkins in here this year.”

He said they have many varieties including Jack-O-Lanterns, We-Be-Littles, Jack Sprats, Hockey Pucks, Super Freaks, carving and white pumpkins and all shapes and sizes. For more information and pumpkin pricing, call 503-539-5396. 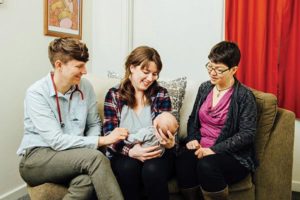 Midwifery at home in Hazelwood
Catherine Bailey and Maura Jansen are celebrating one year of practicing midwifery together and serving clients in east Portland and beyond. Bailey and Jansen are certified professional midwives who both completed midwifery school at Birthingway College of Midwifery here in Portland in 2013. Bailey has also been a licensed midwife in the state of Oregon since 2014. Their practice, Unfurling Birth, offers fertility support, complete prenatal care, home birth midwifery care, postpartum care for client and baby for 6 to 8 weeks postpartum and placenta encapsulation services.

Bailey, a Hazelwood resident, says, “I am so excited about serving my own community and being a neighborhood midwife. Home birth is a safe option for care for low-risk clients, and I am honored to bring this service to east Portland.” They accept clients with all insurance types, including OHP.

Bailey and Jansen offer a free consultation to see if they might be a good fit for you and your family. Are you pregnant and thinking about having a home birth? Schedule an interview today. To contact Bailey, call 503-310-9715, or reach both via e-mail at unfurlingbirth@gmail.com. Check out their website at unfurlingbirth.com for more information. Their office is located at 7911 S.E. Stark St. 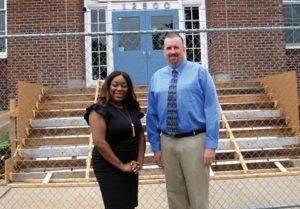 Duane Larson is a David Douglas High School alumnus. He began his education career in 1990 as a math teacher at Kellogg Middle School. In 1991, he returned to David Douglas School District (DDSD) as a sixth-grade teacher at West Powellhurst Elementary. In 1997, he transferred to Floyd Light Middle School as a math teacher and served as an administrative intern at Gilbert Park and Cherry Park Elementary schools from 1999 to 2002. From 2002 to present, Larson has held the position of assistant principal at Alice Ott Middle School. He was the 2015 Oregon Vice Principal of the Year. He earned his bachelor’s degree in 1990 from George Fox University and went on to earn his master’s degree at Portland State University in 1996.

Spears began her education career in the year 2000 as a problem-solver intern with AmeriCorps at Gilbert Heights Elementary School. From 2001 to 2002, she worked with the Gilbert Heights Title 1 program as support staff. In 2002, she transferred to Fir Ridge Campus. She earned her bachelor’s degree in 2000 at Portland State University in speech communications and her master’s degree in 2006 from George Fox University in school counseling, and she is preparing for a George Fox program to obtain her doctorate in school leadership. 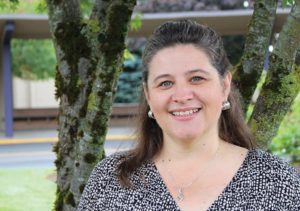 James has a 25-year history of service to PCS at both the Portland Christian Elementary and Jr./Sr. High School campuses. She began in 1992 as a first-grade teacher at the elementary school. Many students in the graduating class of 2017 were her first-grade students.

In 2012, she moved to the Portland Christian Jr./Sr. High School as the academic dean. Two years later, she became dean of students, guiding many students through the intricacies of class selections and preparing for and choosing a college. In the fall of 2016, she stepped into the role of interim principal for the Portland Christian Jr./Sr. High School.

Both of her children are graduates of PCS.
Under James’ leadership this past school year, the Portland Christian Jr./Sr. High School received the 2018 Niche ranking of second Best Christian High School in Oregon and the 12th Best Private High School in Oregon. Her experience, passion and performance exemplify her commitment and dedication to promoting PCS within the greater Portland Metro community. 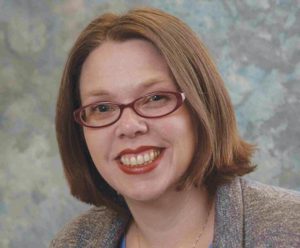 Wageman grew up doing food drives for SnowCap and spending Christmas serving local families in need. She has a passion for people and seeing that all people are welcome at the table. She lives in Gresham with her husband and their three daughters. She is a lifetime member of Parkrose Community United Church of Christ, one of the churches that founded SnowCap.

If you would like to volunteer to be a part of SnowCap’s award-winning team, contact Kirsten at kirsten@snowcap.org or 503-674-8785. She has work for you to do.