Local businesses provide employment for area residents and products and services close to home. Mid-county Memo Business Memos celebrate news, advancements, promotions, retirements, expansions and other noteworthy events at these cornerstones of our community. To share news of your business with our readers, Business Memo submissions for the October issue are due by Friday, Sept. 15. For best results, e-mail Darlene Vinson at editor@midcountymemo.com. You may also mail submissions to 3510 N.E. 134th Ave., Portland, OR 97230. To leave a phone message, dial 503-287-8904. 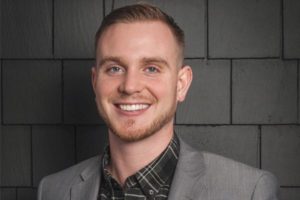 When you’re good, you’re good
Local real estate broker Winston Murray is part of the team that makes Think Real Estate the number one real estate firm in Portland according to Willamette Week. The firm has earned this distinction in the paper’s annual Best of Portland readers’ poll for the second year running.

Murray, a Hazelwood resident, says, “We don’t offer cookie-cutter solutions because we don’t see any two houses as being the same.” He believes the firm’s top ranking is due to its focus on helping clients make choices that meet immediate needs as well as long-term goals.

As a lifelong northeast Portland resident, he is community-minded and committed to keeping his hometown a great place to live. In 2011, Murray founded 4th Dimension Recovery Center, a local nonprofit offering services to youth.

He and his partner Emma enjoy time with family, friends and their pets. 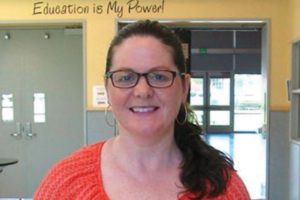 David Douglas School District (DDSD) students will see some familiar faces in new jobs when they return to school this year.

Holly Schauer has been named principal at Ventura Park Elementary. She began her career at Ventura Park in 2002 teaching music and choir. From there she moved on to Ron Russell Middle School, where she added reading and creative communications to her teaching duties. In 2014, she stepped into an administrative role when she became the school improvement coordinator at Ron Russell.

Schauer earned a bachelor’s degree in music performance from Belmont University and master’s degrees in music and teaching from Portland State. She has her preliminary administrator license and is currently working on continuing administrative licensure coursework at Portland State. 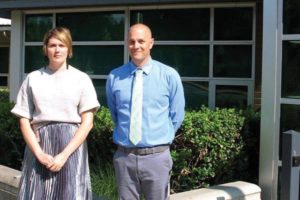 Straw joined the district in 2006 as a special education teacher at David Douglas High School. She was named department chair in 2010, the beginning of a string of educational leadership positions she would hold in the district. She graduated from Western Oregon University in 2003 and received her teaching license and master’s degree from Portland State University in 2006. She received her initial administration license in 2016 from Lewis & Clark College.

Les Womack began his education career in 2007 as a third-grade teacher at Earl Boyles Elementary School. He moved to Mill Park Elementary in 2011, teaching third and fifth grades. He attended Mt. Hood Community College before receiving his degree from Eastern Oregon University in 2007. Les holds a master’s degree in education administration from Concordia University.