Local businesses provide employment for area residents and products and services close to home. Mid-county Memo Business Memos celebrate news, advancements, promotions, retirements, expansions and other noteworthy events at these cornerstones of our community. To share news of your business with our readers, Business Memo submissions for the September issue are due by Tuesday, Aug. 15. For best results, e-mail Darlene Vinson at editor@midcountymemo.com. You may also mail submissions to 3510 N.E. 134th Ave., Portland, OR 97230. To leave a phone message, dial 503-287-8904. 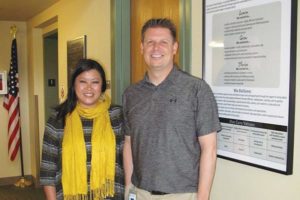 Thu Truong is the new principal at Ron Russell Middle School in the David Douglas School District. She replaces Andy Long, who has been named the district’s new director of education. Long has been with the district for nine years serving as principal at Menlo Park Elementary and Ron Russell.

Thu Truong began her career in education field in 2003 as a high school English teacher at Gresham High School. In 2008, she moved on to the Portland Public School District as an assistant principal at Vestal K–8. In 2010, she accepted a principal position at Stephenson Elementary. Truong transferred to Harvey Scott Spanish Immersion K–8 in 2015. She received her Associate of Arts degree at Portland Community College in English/Language Arts. She has a Bachelor of Arts degree from Lewis & Clark College in English/Language Arts, and she earned her Master of Arts in Teaching from Lewis & Clark College. She expects to earn her Doctor of Education at George Fox University by 2018. She currently holds an initial administrator’s license and is bilingual, speaking English and Vietnamese. Her professional background includes facilitating staff professional development; planning and facilitating team creation; leading committee and staff meetings; creating master and special schedules; coordinating talented and gifted and anti-discrimination programs; managing special education, student body funds and equity budgets; being a contributing writer of school improvement plans; and creating professional learning action plans. Truong also has experience in special education and teaching pedagogy and as a suicide screener.

Andy Long began his education career in 1997 in the David Douglas School District. From 1997 to 2006 Andy was a teacher at Ventura Park and Earl Boyles Elementary School. In 2006, he became a school improvement coordinator for the district. Long transferred to Menlo Park Elementary in 2008 to become the principal there. From 2001 to presently he has held the position of principal at Ron Russell Middle School.

Andy earned both his Bachelor of Arts and Master of Arts in Teaching from Oregon State University in 1996 and 1997. He currently holds a continuing administrator’s license. In 2009 and 2010, Andy was the recipient of three Oregon Department of Education awards for student success. Long has provided leadership in the development of the instructional program; evaluated and revised curricular programs; recruited, hired and trained new staff; supervised, administered and allocated the financial budget; implemented board policies and instituted a uniform discipline policy. He has also coached basketball, baseball and soccer to students in grades one to eight. 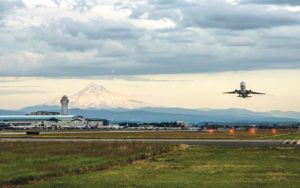 Not all airports are created equal. Every year Travel + Leisure magazine asks readers to weigh in on travel experiences around the globe—to share their opinions on the top hotels, resorts, cities, islands, cruise ships, spas, airlines and more. Airports were rated on access, check-in and security, restaurants and bars, shopping and design.

For the fifth year in a row, it’s Portland International Airport that has claimed the top spot, thanks to its easy navigation, local artworks and culinary offerings that reflect the city’s dining scene. “It’s the best airport in America,” one reader said. “It has great retail and restaurants, and they charge the same prices as their local stores and restaurants.” Some are even willing to add travel time to their trip to use this airport. “We live closer to Seattle but still prefer to fly to Portland,” remarked one reader. “Much friendlier airport, better parking, faster service.”

Travelers rave about the java at Stumptown Coffee Roasters and the vegan and vegetarian options at Café Yumm, as well as the polite, helpful service. But Portland International Airport isn’t loved just for its friendly staff and local dining options. Travelers are so obsessed with the airport’s carpet that it has its own hashtag (check out #pdxcarpet on Instagram). You know you’ve taken a picture of your shoes on that carpet!

“It is always a delight to fly in and out of PDX,” said one reader. “The shops, food and layout are exceptional, and it’s easy to maneuver security.” Added another, “Bar none, this airport has the best design and speedy check-in, and it is accommodating to both families and business travelers.”