Spring student achievements round up 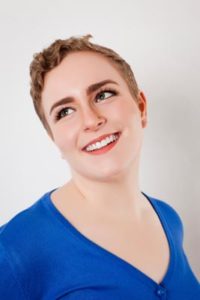 Opera student heads to Oberlin
Annika Rose Bell, who lives in Argay Terrace will attend Oberlin College and Conservatory in Oberlin, Ohio, in pursuit of a bachelor of music in vocal performance focusing on opera. She has earned scholarships and a gift from The William E. Schmidt Foundation that will cover her tuition, room and board. Annika recently completed her senior year of high school in a Mt. Hood Community College program while taking the full freshman music theory sequence.

She will spend a portion of the summer in Arezzo, Tuscany, as part of the Oberlin in Italy program studying Italian and opera. 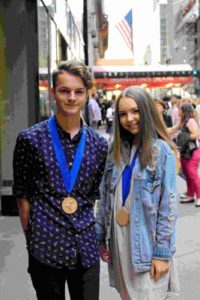 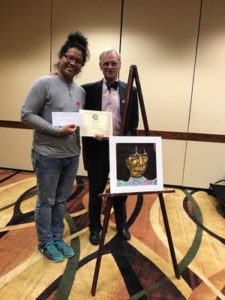 David Douglas High School senior Patipon Ketmanee has won the Oregon Third Congressional District art competition. Patipon was honored at Congressman Earl Blumenauer’s Public Forum on the Arts in front of a large crowd that included local dignitaries. His work will be framed and hung in the congressman’s Washington, D.C., office for one year. 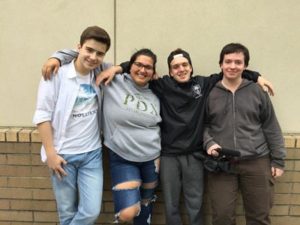 “Who Am I” was written, directed and edited by Elizabeth Simkovic. Denis Cehic and Mason Swinehart acted, and Hunter Osborn operated the camera.

Academics
OSAA Academic All-Stars
The Carl’s Jr. Scholastic Star Program recognizes outstanding achievement in the classroom. Members of the top ten schools with the highest GPAs in each activity are recognized with a commemorative magnet.

Delgado received the Bronco multi-sport athlete award for her participation in basketball, track and field and volleyball. She was the captain of the volleyball team.

The MAC Scholar Athlete Program, funded by the Multnomah Athletic Foundation, provides scholarships to area high school sophomores based on athletic and academic accomplishments. The award provides a scholarship to the post-secondary institution of the student’s choice. The institution can be a vocational school, a two-year school or a four-year school. The award can be used any time within a six-year period after graduating from high school. 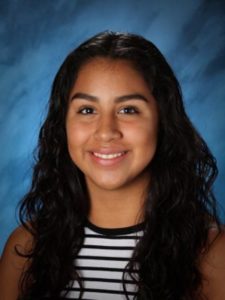 The Scots female athlete of the year is Fernanda Rodriquez, a four-year letterman in swimming. Her freshman year she was first team all-conference in the 200 medley relay and the 200 free relay. She qualified for state in the 100 breast stroke and the 200 individual medley, winning Mt. Hood second team all-league honors in those events as well.

She broke the school record in the breaststroke, took third at the state meet her sophomore year and was named a MAC Scholarship Award recipient.

During her junior year, she broke her own record in the 100 breast stroke, qualified for Junior Nationals and was under All-American consideration.

She capped off her career with first team all Mt. Hood Conference honors in 100 breast stroke and 200 individual medley while serving as team captain.

Throughout her four years, she recorded four DDHS top ten times. They were in the 50 free, 100 free, 100 breast stroke and 200 individual medley.

Rodriguez is also the 2017 Loprinzi Scholarship Program Recipient, earning an $11,000 scholarship that she plans to use to attend Oregon State University. This scholarship is awarded by Multnomah Athletic Foundation Board. As a sophomore, Fernanda was chosen as the David Douglas High School MAC Scholar Athlete.

She served on student council and graduated with a 3.75 GPA. 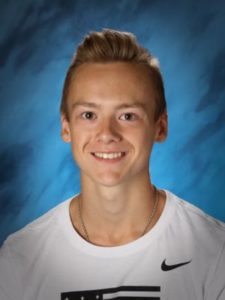 David Douglas High School male athlete of the year is McKinley Riggs. Riggs ran cross-country and track and field and was a team captain. He earned second team all Mt. Hood Conference honors in 300-meter hurdles his senior year and was first team all-league in the 4×400 relay his junior year. That relay team also earned an all-state honorable mention. He also played in the band and was the 2014 student of the month. 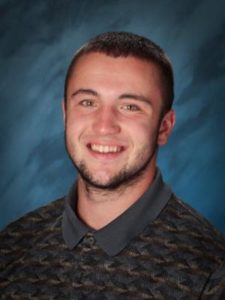 David Douglas football fans have funded and created a scholarship for the football athlete who best exemplifies what it means to be a Scot. The 2017 Touchdown Backer is senior Christopher Boyer. 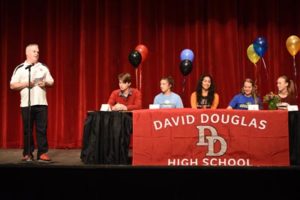 David Douglas High School senior Noah Bitter will play football at Pacific University in Forest Grove in the fall. Kendall Belmont heads to Baltimore to attend Goucher College, Megan Getman signed with Warner Pacific and Lacey Jones moves on to Willamette University in Salem. All will play soccer for their respective schools.

Fernanda Rodriquez has committed to Oregon State University and will swim for the Beavers. 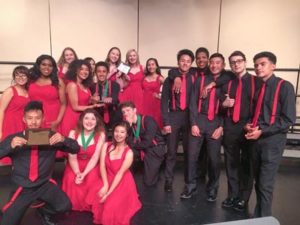 In addition, the A-Choir, Women’s Chorale and Men’s Chorale each received gold awards from the American Choral Directors Association.

Parades
The David Douglas High marching band was awarded second place in the in state open division at the Rose Festival Starlight Parade.

A few days later, the Floyd Light Middle School marching band went to the Rose Festival Junior Parade and came home with a second-place trophy of its own. 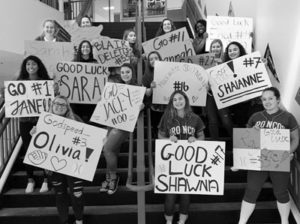 Bronco softball players getting ready for their first appearance in the state tournament in 20 years.
COURTESY PARKROSE HIGH SCHOOL

Softball
Parkrose varsity softball struggled during conference play, but they earned a state play-in game against Bend High. They traveled to central Oregon to meet the Lava Bears on their home field and handed them a 5-1 loss to earn a spot in the playoffs for the first time in two decades.

The Broncos ran into the eventual state runners-up in the Dallas Dragons and were put down 7-0. 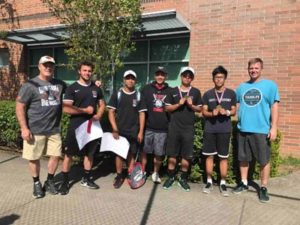 Track and Field
Parkrose High School sent four athletes to the OSAA Track & Field Championship meet at Hayward Field in Eugene by virtue of their performances at the Northwest Oregon Conference meet.

Spencer Tatafu took second in both discus and shot put; Sam Saryon earned his spots at state in the 100 meter and the 200 meter; Kylie Storm competed in 100-meter and 300-meter hurdles, and Noah Addie ran in the 400 meter. 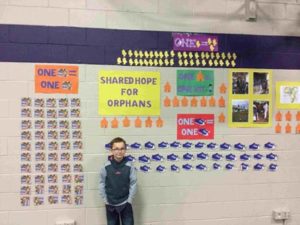 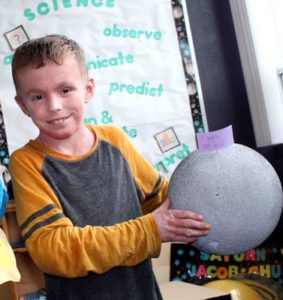 Giving back
Dylan Brown and James Loffink are two Portland Christian students who exemplify the virtue of generosity. In support of this year’s elementary mission project to raise funds for Shared Hope Orphanage in Uganda, second-grader Brown held two garage sales and ran a Facebook campaign, raising $2,036. Sixth-grader Lofflink was so inspired by what Brown did that he gave $115 of his birthday money to also support the project. Many other students at the school have also contributed to help purchase chickens, shoes and school supplies for the orphanage.