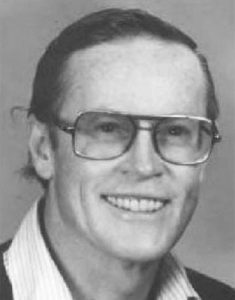 Hugh Winchester Ewart was born near Glasgow, in the small town of Bellshill, Scotland, March 19, 1924. He died April 22, 2017. His parents, James Ewart, a violinist, and Margaret Mann Ewart, a pianist, separated when he was a small child. Hugh immigrated to the United States with his mother and grandmother in 1928.

The two women and the boy settled into an inexpensive cold water flat in Chicago. There Hugh learned the art of gathering spilled coal from nearby railroad tracks to provide heat for their apartment.

Hugh graduated from the Harrison Technical High School, where he had been both treasurer and secretary of the school orchestra. He entered the University of Illinois, Urbana-Champaign, on full scholarship. From there he was accepted to The Juilliard School, where he acquired the polish that characterized his violin-playing ever after. His principal teachers were three great violinists of the mid-20th century: Joseph Fuchs, Ivan Galamian, and Nathan Milstein.

Hugh’s orchestral career began at the top. Upon graduation from Juilliard, the 22-year-old auditioned successfully for the Minneapolis Symphony and its music director, Dimitri Mitropoulos. His experience under this great and generous conductor, playing with one of the era’s most significant orchestras, provided a model for his career as a concertmaster.

As fate would have it, Hugh’s father had also left Scotland and had settled in Portland, Oregon, where he was a violin teacher and a member of the Portland Symphony. Establishing a connection with his son, James encouraged him to audition for the concertmaster position that had become vacant in his Oregon orchestra. Hugh, never one to shy away from adventure, took the challenge. In 1948, Hugh won the position that he would hold for 30 years: concertmaster of the Portland Symphony Orchestra (renamed in 1968 as the Oregon Symphony). He retired with the well-earned title of concertmaster emeritus.

Not long after arriving in Portland, Hugh met a pretty young school teacher, Esther Fichtner, and on June 14, 1952, they married. From that day on, Esther “Essie” Ewart was not only the love of his life but also the glue that kept his professional life on schedule and in balance with their growing family activities.

Hugh loved his life as a musician. A public school teacher for three decades—including a stint at Fremont Junior High in the Parkrose School District and time as an adjunct professor of violin at Pacific University, Reed College, Multnomah College, and others—and the orchestra conductor at Young Musicians and Artists for 40 years, he also maintained a private studio that, over the course of 65 years, trained scores of violinists and other string players. A kind and respectful mentor to young people, one of his Fremont students remembers him as “enthusiastic teacher” whose “love of music was contagious.”

In addition to his demanding role as the concertmaster of the Oregon Symphony, Hugh served several decades as the concertmaster for Portland’s annual Singing Christmas Tree. In the years before the Oregon Symphony offered full-time employment, he served as concertmaster of the Portland Opera orchestra; he sat, and stood, as the violin leader for annual Viennese balls; and he made many international tours as the violin soloist in various pops concerts. For 40 years, he was the featured violinist for annual celebrations of “Robert Burns Night” in Portland. Hugh was Norman Leyden’s favorite violin soloist during Leyden’s three-decade reign as the Oregon Symphony’s principal pops conductor.

When he was not on a music stage, Hugh could be found on a tennis court or in his violin studio, in his home putting together a massive wooden ship model, on the roof of his house attending to its maintenance, or on his meticulous lawn, tidying up the edges.

Above all, Hugh was devoted to his family and his church. Hugh is survived by his wife, Esther; sons, David and Duncan; daughter, Barbara; eight grandchildren; and one great-grandchild.

Hugh and Essie were active members of the Tabor Heights Methodist Church, where a public celebration of Hugh’s life was celebrated last month.

In lieu of flowers, gifts to the Oregon Symphony or to Young Musicians and Artists, in memory of Hugh Ewart, will be gratefully accepted. The family would also welcome fond memories and recollections of Hugh; please send them to leslie_garman@yahoo.com.

Published previously in The Oregonian.