Local businesses provide employment for area residents and products and services close to home. This Business Memos column celebrates news, advancements, promotions, retirements, expansions and other noteworthy events at these cornerstones of our community. Business Memos submissions for the June issue are due by Monday, May 15. For best results, e-mail Darlene Vinson at editor@midcountymemo.com. You may also mail submissions to 3510 N.E. 134th Ave., Portland, OR 97230. To leave a phone message, dial 503-287-8904.

Motel 6 planned for Carolina Motel lot
The Carolina Motel, owned by Hitesh Henry Patel, which sat at 11144 N.E. Sandy Blvd. in Parkrose, has been permanently closed and demolished. Currently, the lot is empty, but the Patels intend to build a Motel 6 where the Carolina stood.

Little is known about the Motel 6’s final design or its contrasting accommodations with the Carolina. The Patels continue to undergo the process of attaining the correct city permits and have kept Motel 6 details under wraps for now. Look for more information to come in the coming months. 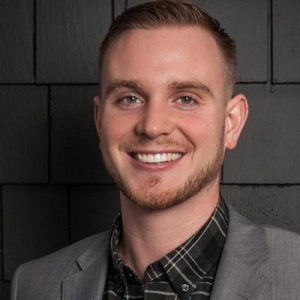 Winston Murray, 2017 Rising Star Real Estate award winner, is a broker at Think Real Estate. He is one of a select group of Portland-area real estate agents recognized for the outstanding service they give their clients.
STAFF/2017

Winston Murray has won the 2017 Rising Star Real Estate Agent award. Murray, a real estate broker at Think Real Estate, is a Hazelwood resident. He is among a select group of up-and-coming Portland-area real estate agents recognized for providing exceptional service to their clients.

He prides himself on providing his clients with a unique, fresh perspective, driven by extensive knowledge of Portland-area homes and neighborhoods. He says, “My excellent reputation brings a competitive edge to every deal, which has frequently helped my clients come out on top in multiple-offer situations.”

In 2011 Murray founded 4th Dimension Recovery Center, a local nonprofit offering services to youth. He says that he is “most motivated by making the community I grew up in a better place. It’s also why I give all my clients the opportunity to make a charitable contribution to the local community during the process of buying a home.”

He lives with his partner Emma and two fur-children, Archie the dog and Jinx the cat. He loves spending time with family and friends, snowboarding on Mt. Hood, traveling, listening to all kinds of music and trying Portland’s best restaurants. 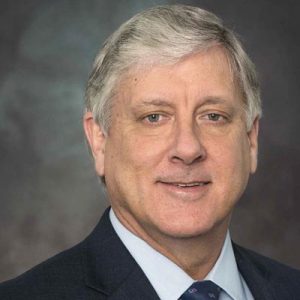 The Transportation Security Administration’s Michael Irwin is this year’s recipient of the Port of Portland Compass Award.

Since 2005, Irwin has served as federal security director for the state of Oregon at Portland International Airport and other Oregon airports. The team of 700 he manages is responsible for fulfilling the TSA’s mission of ensuring the security of the nation’s transportation system to maintain freedom of movement for people and commerce.

Irwin’s responsibility includes passenger and baggage screening operations, as well as airport and air carrier regulatory compliance. The Oregon TSA team has received more national honorary awards than any other TSA operation in the past 11 years, and it has earned PDX the distinction of TSA Airport of the Year for the West in 2007.

Irwin has also contributed significant time advocating for PDX at the state and federal level in support of local businesses and travelers. That includes multiple pilot programs that enhanced both passenger and baggage screening in Portland and simultaneously established findings that benefited aviation security across the nation.

Irwin began his career with the TSA in August 2002 as the deputy federal security director at San Francisco International Airport, and he served as the deputy assistant administrator for aviation operations at TSA Headquarters in Washington, D.C.

Prior to joining TSA, Irwin served 25 years in the U.S. Air Force, where he retired as a colonel. He has a unique perspective on transportation security, as he was the director of operations in the White House Military Office on Sept. 11, 2001. He has served in multiple senior staff positions, including time spent in the Joint Chiefs of Staff at the Pentagon.

Irwin is the senior U.S. Department of Homeland Security representative for the state of Oregon. With state, local and regional partners, he also oversees security for ports, highways, railroads, buses and mass transit systems.

Instituted in 2006, the Compass Award recognizes the contributions of community individuals and entities that have demonstrated exceptional support for the Port. Compass Award recipients serve as civic and/or corporate role models through their outstanding contributions to the Port and the communities it serves. 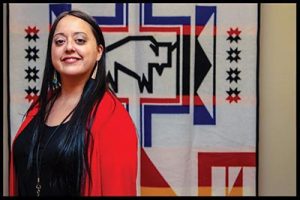 With a background in new business development and communications, Takamoto has been in working in development since 2001, developing and managing a diverse suite of fundraising activities including foundation, corporate, individual and membership programs as well as event management.

Along with the wealth of experience Takamoto brings to NAYA, she brings a great passion and advocacy for social services and educational programs. She has voiced her enthusiasm for creating equitable distributions of power and invites all voices, from infant to elder, to be part of the conversation.

Tamara Henderson, Laguna Pueblo, has accepted the position of NAYA’s director of youth and education services. As the college and career readiness manager and a NAYA employee for nearly six years, Henderson has been a tireless pillar of many youth education services programs and initiatives. NAYA Executive Director Paul Lumley says, “We are thrilled for this new era of indigenous leadership for our largest department, and we are confident Tamara will take us forward with all the enthusiasm, dedication and thoughtfulness that she is known for in our community.” 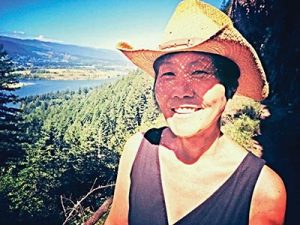 Henderson is a graduate of Southern Oregon University and has been an activist and advocate for racial justice, equity and college access for close to twenty years. Most of her initial work was in the areas of student organizing, advocacy and activism. Henderson worked for the Oregon Student Association from 2006 to 2010, where she spent her final three years as the executive director. Henderson was also involved in the Oregon College Access Network from 2010 to 2015, where she served as both vice president and president. She has also worked for Title VI Indian Education in Southern Oregon.