Fall High School Achievement round up 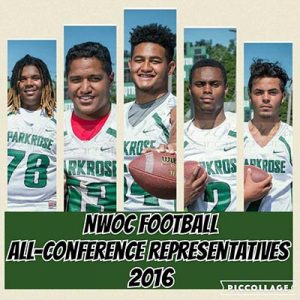 With a new coach and an entirely new staff, the Broncos went 5–8 on the season in the Northwest Oregon Conference, a league with five teams ranked in the top 12 statewide.

Soccer—Boys
The team qualified for the state playoffs. They lost a tough match 5-2 to Ridgeview High in Redmond.

Soccer—Girls
The team had a rough season, but they return a strong group for 2017. 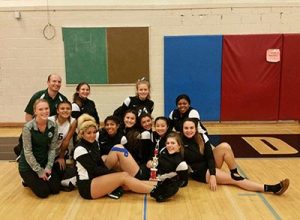 Parkrose alum Breanna Markham took over the volleyball program in 2016 from longtime coach Brian Davis. The girls fought hard, missing the playoffs by just one spot.

Water Polo
Coach Gary Muzzy’s team went on an amazing run to take second place at the Oregon State Championships, losing in overtime to the defending state champions from Mountain View. These athletes were co-league champs, boasting a regular season record of 17–1.

Because Parkrose was unable to field a girls team, McElhaney not only played on the boys team; she started on it. 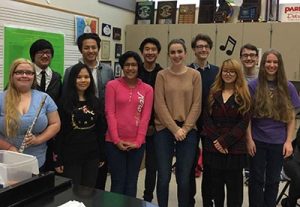 Parkrose will be well represented at the Oregon Music Education Association annual conference in Eugene, Oregon, in January. Chosen to perform with the all-state band are Isamu Chang, bass 1; Charlie Doan, bass 2; and Kaitlyn Carter, flute.

Music
Emma Zallee and Blake Mazurowski, both freshman, will represent the Royals at the Oregon Music Education Association annual conference in Eugene in January.

A first-round state playoff appearance ended in a 7–0 loss to Pleasant Hill.

Volleyball
The Royals made a first-round appearance in the OSAA state championships, but they were turned back by Santiam Christian 3–0.

The Portland Christian Junior High soccer team won the Metro Christian League Championship and were undefeated, finishing with a 13–0 record for the season.

Band/Orchestra
The top three high school clarinet players in the Pacific Northwest all go to David Douglas High. Joseph Folwick is a senior and the defending OSAA state champion. He, along with his siblings Daniel, a sophomore, and Aubrey, a freshman, were selected to be in the Oregon Music Education Association All-State Symphony Orchestra and the All-Northwest Symphony Orchestra.

In addition, every DDHS band student who submitted an all-state recording was selected to participate. This is the first time the program has had 100 percent of its students selected to the symphony.

Soccer—Boys
A trip to the OSAA championship tournament ended abruptly with a 4–0 first-round loss to South Salem.

Football
The Senators finished the season with an 8–3 overall record. Success in the Portland Interscholastic League earned the team a spot in the OSAA championship tournament. Madison won a first-round game against Grants Pass 14–13, but they lost the next game 27–56 to Jesuit.