In the fiscal year ending June, 2015, Oregonians spent about $88 million on Oregon Lottery products monthly. Of that, about 71 percent was spent playing video games, and the remaining 29 percent was spent on traditional games—Scratch-its, Keno, Powerball and Megabucks. Retailers are paid a commission on all sales. This chart shows the gross sales and commissions by area businesses for September 2016. Businesses not offering video games are not included. Of the top 10 retail locations in the state last year, four are right here in Mid-county: Shari’s on Airport Way, Dotty’s at Mall 205, Elmer’s in Parkrose and the Glass House Tavern on Sandy Boulevard. These locations had about $5.3 million in sales of video lottery products last year. In September, the top three retailers in our area were Shari’s on Airport Way, Dotty’s San Rafael and Dotty’s at Mall 205. 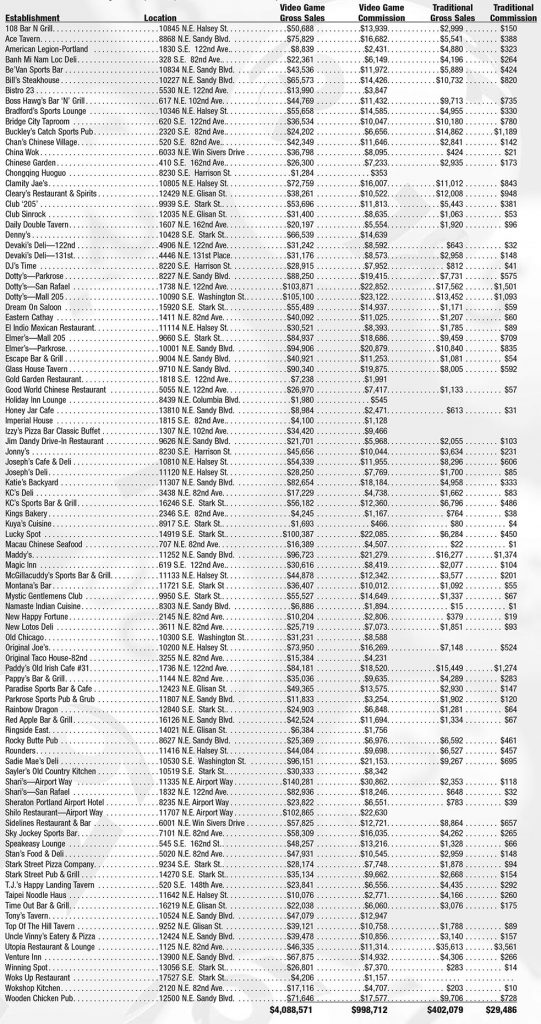