Local businesses provide employment for area residents and products and services close to home. Mid-county Memo Business Memos celebrate news, advancements, promotions, retirements, expansions and other noteworthy events at these cornerstones of our community. To share news of your business with our readers, Business Memo submissions for the October issue are due by Thursday, Sept.15. For best results, e-mail Darlene Vinson at editor@midcountymemo.com. You may also mail submissions to 3510 N.E. 134th Ave., Portland, OR 97230. To leave a phone message, dial 503-287-8904. The Mid-county Memo fax number is 503-249-7672. 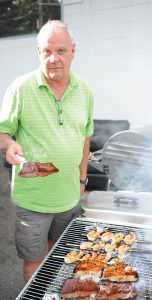 By popular demand, Brad Fouts, owner of Bradford’s Sports Lounge in Gateway, is reworking his menu with many more fish and shellfish choices to attract and appease fans of Pal’s Shanty, the popular seafood restaurant in Hollywood that burnt down in 2013.
STAFF/2016

Bradford’s wants to be your Pal’s
Brad Fouts, the owner of Bradford’s Sports Lounge located on Northeast Halsey Street in Gateway has succumbed to loyal customers and added a variety of fresh seafood to his menu. And for fans of the dearly departed (and incinerated) Pal’s Shanty in Hollywood, this is especially good news. “Seafood was always a once-a-month special here before Pal’s closed,” explains Fouts. “I quit doing it for about a year and people were complaining, so I put out a full seafood menu.”

“We’re filling a void that Pal’s Shanty has left,” touts Fouts. “They [Pal’s] were really well known for their seafood, and when they closed, it really left a hole.”

Taking matters into his own hands, Fouts’ restaurant also offers items that Pal’s lacked, such as lobster, halibut and salmon meals, in addition to fresh chowder and shrimp bisque. At Bradford’s, you can also snag a crab or shrimp cocktail to munch on alongside your fish.

So far, it looks like the rainbow of seafood items has been sitting well with restaurant guests. Fouts claims that his restaurant went through 10 pounds of king crab legs in one week.

But it’s not just seafood that makes Bradford’s Sports Lounge such a dynamic player in the Parkrose culinary scene. Fouts has done his research and imports the breading mixture for his unique broasted chicken from St. Louis.

“It’s a nice, fresh piece of chicken,” says Fouts. “We seal all the moisture in the chicken while it’s cooking.”

Things to look forward to that may be joining the menu soon include shrimp-stuffed halibut filets and new, inventive seafood dishes that will remain seasonal.

And don’t forget: another essential renovation made to Bradford’s Sports Lounge was the addition of a paved back parking lot behind the restaurant—not that street parking normally keeps people’s taste buds at bay when it comes to mouth-watering crab.

And we probably have Bradford’s customers to thank. 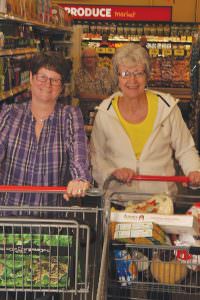 Until this month, when a Grocery Outlet opened in Parkrose, longtime Parkrose resident Jackie Means, right, had to go to Hollywood, where her friend Sheila Magby lives, to shop at a Grocery Outlet. Now they can shop together at either location.
STAFF/2016

Grocery Outlet holds grand opening
Last month, people from near and far flocked to the grand opening of Grocery Outlet Bargain Market in Parkrose. The new store, owned by Rob Mode and husband Travis Hollingsworth, is the first full-service grocery to open in the business district in more than 40 years. “We are so excited to be here in Parkrose offering food at such great prices,” Mode said. “We have met many in the neighborhood and already have a close bond. It was a pleasure to have such great support from Travis and all of my family, as well as Travis’.”

“We could not be happier to serve this community and look forward to being a close part of the growth and development of Parkrose,” Mode added. 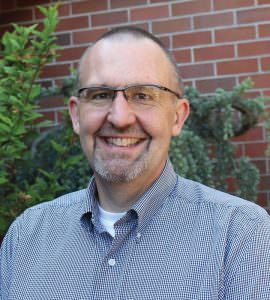 This year, Chris Herold takes over the duties of principal at Trinity Lutheran Christian School. He comes to Trinity by way of Pilgrim Lutheran Christian School in Beaverton. Herold had careers in the Boy Scouts and construction before deciding to pursue a career in education. As a teacher, he is known for creative, integrated projects, technology expertise and positive relationships with students, parents and alumni. As a principal, with input from faculty, parents and students, he led initiatives to build students’ and teachers’ technology skills in order to create a foundation supporting tuition assistance and to rebuild a thriving early childhood program. He can be reached at cherold@trinityportland.org. 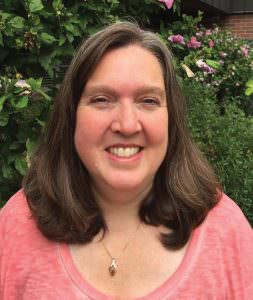 Kate Bergdolt joins the staff as a combined first- and second-grade teacher. Kate grew up in Nebraska and is a master’s-level teacher who has been an educator for more than 20 years. Known for being a joyful, creative, organized and enthusiastic teacher, she has taught children in both blended and single-grade classrooms from preschool through eighth grade. She has also directed an early childhood program and taught music. She has taught in inner-city schools as well as suburban ones. Kate is known as a faith leader wherever she has served. She can be reached at kbergdolt@trinityportland.org. 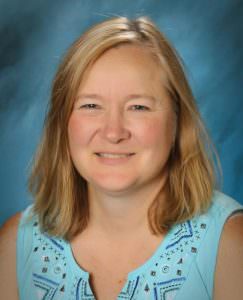 Vicki Orlow-Brandt will welcome preschoolers to her classroom. A Wisconsin native, Vicki has been a longtime church member and part of the faculty at Trinity, and they welcome her back in her new role as preschool teacher. Her years of experience include starting Trinity’s childcare and summer camp programs. Orlow-Brandt is known for using creativity to harness children’s natural curiosity. Her carefully planned curriculum and great communication skills are also strengths. Her love for children shows in all she does to support and encourage their growth inside the classroom and out. She can be reached at vbrandt@trinityportland.org.

• 71—60th Ave. and 73—122nd Ave.: Line 71—60th Ave./122nd Ave. is splitting into two bus lines. The renamed 71—60th Ave. line will continue to run on its current routing and frequency along 60th Avenue between Parkrose/Sumner Transit Center and Clackamas Town Center. The other line will be named 73—122nd Ave. and continue to operate between Parkrose/Sumner Transit Center and Southeast 94th Avenue and Foster Road. It also will have additional weekday rush-hour trips.

The increased service is driven by a new stream of revenue from last year’s passage of an increase in the employer payroll tax. This means new or improved service twice per year—in September and March—through 2025. The service expansions are based on TriMet’s comprehensive service enhancement plans developed with key stakeholders, businesses, residents and riders over the past few years.

“We look forward to adding even more service, as we’ve done every year since 2013, to help better connect people to jobs, school and recreational activities,” said Neil McFarlane, TriMet’s general manager. “It’s another step in providing more service to a fast-growing metro area while also focusing on improving our on-time performance and reducing crowding on several busy bus lines.”

TriMet is also expanding its fleet and working to improve reliability, safety and comfort for riders by purchasing new buses. The entire fleet, active and contingent, is now air conditioned and 95 percent of the fleet is low-floor. The few remaining high-floor buses will be retired over the course of the next 12 months.

Learn more about the new fall schedule at trimet.org/alerts/service-change/2016fall/index.htm.