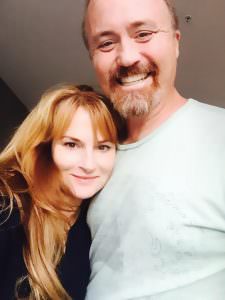 Daunte Gouge has his work cut out for him. As Parkrose High School’s new athletic director, his job is to bring relevance to a high school sports program that’s had little victory for decades. With more than twenty years of experience as head football and track and field coach at King’s High School in Seattle, 17 team titles, and experience in assistant athletic directing, he’s got a good shot at it.

King’s Schools is a private Christian school for students from preschool to 12th grade—think Portland Christian—in Shoreline, a bedroom suburb of Seattle. King’s is comparable in size to a 3A Oregon high school; Parkrose is 5A.

Unlike previous AD Dave Richardson, who was also the school’s vice principal in charge of discipline, Gouge’s position is full time. “I look at this as an opportunity to be a coach of coaches,” Gouge said in a phone interview.

Parkrose Principal Molly Ouche said in an email that she posted the job this spring and then “put a team together to tackle the hiring process.” She had many qualified applicants, but Gouge’s “extensive experience” in not only the “athletic world” but also Washington’s track and field community was a deciding factor. He was president of the Washington State Track and Field Coaches Association for six years and Coach of the Year three times. “What we gleaned about Daunte that really stood out is his commitment to the student-athlete, his integrity and his vision of excellence not solely being about winning but [rather] ensuring our student athletes leave their high school athletics experience with lifelong skills,” Ouche said.

Gouge isn’t green to Parkrose history and lore. In fact, you could say Gouge has been marinating in Parkrose Bronco sauce for years.

Despite living and working in Seattle, and after being “single and looking for 40-plus years,” in 2010 he met future wife Kathryn Wissler, who at the time was teaching and coaching track and field at Parkrose. Two years earlier he had met Wissler’s daughter, Krystal Saling, who was in Seattle for a soccer tourney. “‘I met the perfect guy for you, Mom,’” Gouge said she told Wissler when she got home. The determined matchmaker eventually got them together, and they married at the halftime of one of Gouge’s football games. “It seemed like a natural fit to get married at a football game,” he said.

It was good timing for Wissler. A native Oregonian, she grew up near Blue Lake and went to Reynolds High School (as did her daughter). She had just left her job at Parkrose to care full-time for her mother, Helen Knudsen, so they moved to Seattle to join Gouge. When Knudsen passed at 92 in 2015, she was Parkrose High School’s oldest alumnus.

When the Parkrose job opened up, however, and with a new grandchild in Portland, Gouge seized the opportunity to move to his wife’s hometown. “It was time: time for a new endeavor and a new challenge, and the Parkrose position opened up and we jumped at the chance,” Gouge said. “[With] everything I’ve been blessed with, now [I have] the opportunity to be back where she grew up.”

One of the new ADs first acts was to hire Zach Winterspring to head the girls basketball program and coach the varsity.

Gouge says he is determined to make good at Parkrose. “Every school has a championship team in it. You just gotta get the right kids to turn out and the right coach to coach ’em. We’re going to do our best to do that.”