Local businesses provide employment for area residents and products and services close to home. Mid-county Memo Business Memos celebrate news, advancements, promotions, retirements, expansions and other noteworthy events at these cornerstones of our community. To share news of your business with our readers, Business Memo submissions for the September issue are due by Monday, Aug. 15. For best results, e-mail Darlene Vinson at editor@midcountymemo.com. You may also mail submissions to 3510 N.E. 134th Ave., Portland, OR 97230. To leave a phone message, call 503-287-8904. The Mid-county Memo fax number is 503-249-7672. 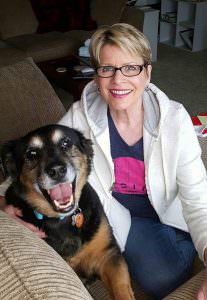 Give your dog a bath—or let the pros do it
Sue Wade, owner/operator of U Can Do It Dog Wash & Grooming, 11931 N.E. Halsey St., was a hairdresser for more than 30 years. Wanting a change, she tried working in the technology industry for a while, but after a few years of the fatiguing commute to Beaverton from her Argay Terrace home, she opted to open U Can Do It as a self-service dog wash in her own neighborhood in 2011. It wasn’t long before folks were stopping in to request grooming services as well.

Wade quickly learned that her background in hair styling did little to prepare her for grooming a wiggling pup more interested in playing than sitting quietly for a haircut. After losing a few customers due to her inexperience, she recognized it was time to bring on trained grooming staff. She sought the aid of a pet care professional to help her establish professional policies and training, as well as offer guidance in choosing staff.

U Can Do It Dog Wash & Grooming is now a full-service dog grooming store with a high-quality self-service area to bathe and dry your own dog. Shampoos, conditioners and brushes are provided at self-grooming stations.

U Can Do It also offers a comprehensive à la carte menu for things like nails, teeth, and trims for the face, feet or ears.

All pricing is determined by the size of your dog, length of hair and type of coat. The shop is open Monday through Saturday from 9 a.m. until 6 p.m. and Sundays from 10 a.m. to 5 p.m. Appointments are needed for professional grooming services and recommended for self-serve baths. Call 503-477-7868 to schedule. Some à la carte services are available to walk-ins.

Currently, Wade said that she is looking for another highly qualified, experienced groomer with good customer service skills to join her team. Call her at the store if you are interested in applying or know someone who is. 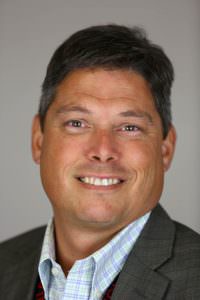 Last month, Ken Richardson was named new superintendent of the David Douglas School District. He has been in the district since 2009 and most recently served as deputy superintendent.
COURTESY DAVID DOUGLAS SCHOOL DISTRICT

Grotting’s replacement comes from within
The David Douglas School Board appointed Deputy Superintendent Ken Richardson as the new district superintendent. He replaces Don Grotting, who resigned last month to become the superintendent of the Beaverton School District.

Richardson has served the David Douglas School District since 2009, when he was hired as the district’s human resources director. He later became assistant superintendent and then deputy superintendent.

He came to David Douglas from neighboring Reynolds School District, where he worked from 1996 to 2009 as a coach, classroom teacher, school counselor, school administrator and human resources administrator.

“I am humbled and grateful that the school board has placed its trust in me to lead this great district,” Richardson said. “We have created a culture in David Douglas that prioritizes student growth and achievement and embraces the belief that every student has an unlimited capacity to learn and to thrive. We will continue this culture through collaboration and positive relationships. We have an amazing staff who believe in and do great things for our students every day.”

He becomes the seventh superintendent in the history of the district, which was formed in 1959 with the mergers of four small districts in what was then a semirural area east of Portland. The district is now among Oregon’s larger urban districts, fully within the Portland city limits and among the most diverse in the state. 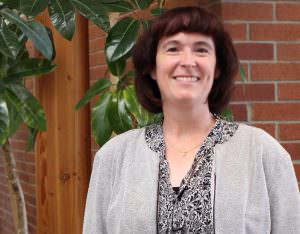 “Howlett brings to UWS a strong background in student learning assessment, instructional design and educational technology. She has worked directly with the accreditation requirements of the Northwest Commission on Colleges and Universities, our regional accrediting agency,” said Joseph Brimhall, UWS president. “I am confident that her collaborative style and substantial expertise will guide the development and implementation of assessment and planning efforts within all of our academic programs.”

Howlett earned a doctorate in adult learning and organizational development from University of Idaho and a Master of Science in instructional and human performance technology from Boise State University. She will be joining UWS from Pacific Northwest University of Health Sciences, where she served as the chief research officer for three years. During her time at Pacific Northwest University, Howlett oversaw and/or participated in a variety of academic functions, including institutional and programmatic accreditation, assessment, interdisciplinary research, faculty scholarship and institutional effectiveness.

“I accepted the position at UWS because of the warmth and kindness of the people, as well as my passion for the types of healthcare programs offered at the university. I have a lifelong commitment to helping people maintain wellness. UWS’s programs perfectly align with my passion,” she said. “Additionally, I am originally from Portland. It’s wonderful to return home and particularly wonderful to be coming here to work at a place with such an amazing mission, staff, faculty and students.” 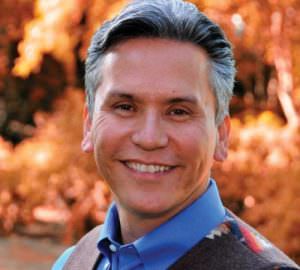 Native American Youth and Family Center welcomes new director
The Native American Youth and Family Center board of directors has appointed Paul Lumley as its new executive director. After conducting a thorough national search, the hiring committee selected Lumley because of his successful professional career, his extensive experience working with American Indian and Alaska Native communities throughout the country and his demonstrated leadership and commitment to the Native organizations he has led.

Lumley joins NAYA after seven years of distinguished service to the Columbia River Inter-Tribal Fish Commission. His ability to create and foster strong collaborations has helped CRITFC advance its mission of ensuring a unified voice in the overall management of the fishery resources and, as managers, protecting reserved treaty rights through the exercise of the inherent sovereign powers of the tribes. He is affiliated with the Yakama Nation.

“I have always loved NAYA but never dreamt I would have a chance to work there,” Lumley said. “I have been impressed by its ability to meet such a wide range of community needs for everyone, from babies to elders. NAYA has an amazing ability to empower families and the community. I look forward to supporting NAYA, its dedicated staff, board, donors and clients as we continue to build on the powerful work that is already underway.”

He will officially assume his post in mid-October after he has completed his important work at CRITFC.