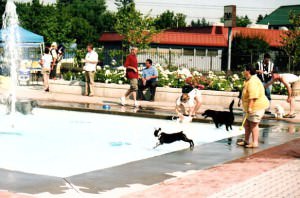 As was announced in April 2014, Medical Management, Inc. (dba Banfield Pet Hospital) national headquarters is moving from its established place of business at 8000 N.E. Tillamook St. in Portland to Vancouver. Campus construction is underway at the Vancouver site near Southeast Mill Plain Boulevard and 184th Avenue with completion expected mid-2016.

Recently, Metro announced that Baysinger Partners of Portland will transform the existing building and real estate to mixed use, including 33,100 square feet of grocery space, 51,000 square feet of office and 50 residential units, plus two new retail pad buildings of 23,000 square feet.

According to a Banfield spokesperson, the move from and renovation of the property has been transparent and open to various neighborhood associations. The existing neighborhood Banfield Pet Hospital at 1816 N.E. 82nd Avenue continues serving the pet care needs of the Northeast Portland neighborhood, and associates at the corporate headquarters will be relocating to the Vancouver location upon closing.

According to a Baysinger spokesperson, the prospective owner of the 8000 Northeast Tillamook St. property is Tom Rocca, believed to be a partner at Seven Hills Properties in California, who has for years done developments in Oregon.