Friday, on a report someone was attempting to pass a bad check at the Gateway Jiffy Lube, police responded to the business at Northeast 108th Avenue and Halsey Street. 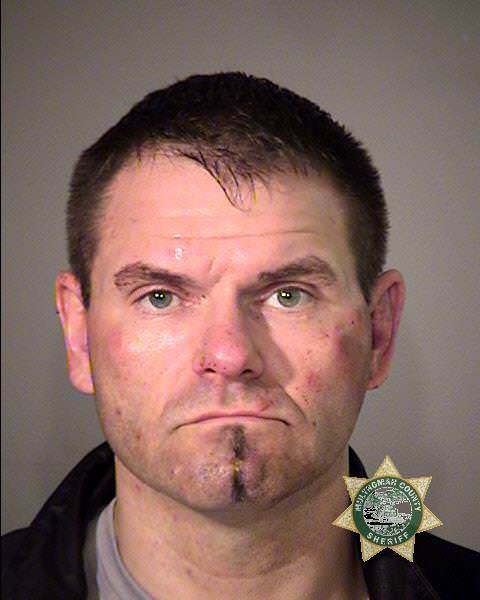 After a brief struggle with police and citizens, Cory Peterson was booked into the Multnomah County Jail on charges of, among other things,  felon in possession of a firearm, delivery of methamphetamine, four counts of identity theft, and resisting arrest after allegedly attempting to pass a bad check at Jiffy Lube in Gateway.

The first officer arriving at the business was flagged down by an employee who was following the suspect, later identified as 37-year-old Cory Allan Peterson.

The officer stopped Peterson to arrest him and began to pat him down for weapons.

When the officer discovered a handgun and two knives in Peterson’s possession, he began to fight with the officer and was taken into custody only after additional officers arrived, with an assist by Good Samaritans, according to police.

The two officers involved in the struggle and Peterson suffered minor injuries and were treated by medical personnel.

In addition, Peterson had an outstanding parole violation.

He is set for arraignment Monday in Multnomah County Court.