Local businesses provide employment for area residents and products and services close to home. Mid-county Memo Business Memos celebrate news, advancements, promotions, retirements, expansions and other noteworthy events at these cornerstones of our community. To share news of your business with our readers, Business Memo submissions for the June issue are due by Sunday, May 15. For best results, e-mail Darlene Vinson at editor@midcountymemo.com. You may also mail submissions to 3510 N.E. 134th Ave., Portland, OR 97230. To leave a phone message, dial 503-287-8904. The Mid-county Memo fax number is 503-249-7672.

Plambeck to run commercial lending out of Gateway branch 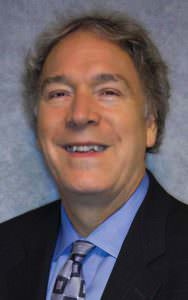 “Steve has done a phenomenal job in the creation and expansion of our medical banking group. As a Portland resident, he understands the local needs in the market, and we’re looking forward to bringing his energy and passion to all of our clients in the area,” said Richard Michalek, executive vice president and chief lending officer. 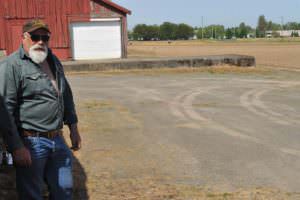 Ron Spada of Spada Farms told the Memo recently that this year he’s farming not just part of the former Bottaro farm in the Wilkes neighborhood, as he did last season, but also all 40 acres from Northeast 150th to 158th avenues between Mason Street and Sandy Boulevard. “I’ve got a quarter of it planted; stuff’s up,” he said. “We’ll have the earliest sweet corn in the whole Willamette Valley,” Spada promised. He’s planting white and yellow corn, two kinds of beans and two kinds of peas. “We’ll have berries and potatoes,” Spada said. “This is fabulous potato ground. We’ll have everything here.”

While showing the Memo his new farm stand on the other side of the railroad tracks along Sandy Boulevard at 158th Avenue, Spada pointed out where the Trapold family’s old pumpkin patch and part of the old Gruder/Garre farm used to be. The new stand is in addition to Spada’s stand on the Kmart site in Parkrose, also on Sandy Boulevard at 123rd Avenue, and a stand in Troutdale.

Asked why he continues the grueling farm labor (as he’s not a young man anymore), Spada said, “I don’t need to do this. I don’t know what else to do. I want to keep producing stuff. It’s like a clear canvas to paint on. It’s something I love to do.”

Grocery Outlet, Dollar Tree buildings finished
Developer Mark New of New & Neville Real Estate Services told the Memo last month that primary construction of the new Grocery Outlet and Dollar Tree store in Parkrose on Sandy Boulevard at 107th Avenue is about complete. “We turn it over to the tenants on May 9,” New said in a phone interview. “And then tenants have 90 days to do their work and get open.”

New said they would be further along, but this winter’s weather was brutal. “We got beat around pretty bad,” he said. “But it still worked out okay. We’re pretty excited about opening a grocery store and variety store here pretty quickly.”

Once the stores open, New said he’s working on getting a mural of Parkrose’s history on the wall along Sandy Boulevard.

He’s not done with Parkrose. In addition, New said he’s going to look at other development sites in Parkrose, as he did in St. Johns after opening the same store pairing on North Lombard St. “You do your first project and then everybody gets excited: ‘The pioneers have come.’ We’ll see if we can find some more sites.”

New works directly with Grocery Outlet, Inc. and is impressed with their business model. They build or acquire a building, buy all the merchandise to supply stores, then pick a licensee—usually a former Safeway or Albertsons store manager, according to New—to independently operate the business. Operators have the ability to tailor the merchandise mix to fit the neighborhood. Similar to fast food franchisees, Grocery Outlet operators don’t need millions to capitalize new stores. However, operators have an investment of up to $205,000, according to Grocery Outlet’s website.

“It’s the best of both worlds; I get a national signature so I can go to the bank, and the neighborhood gets a neighborhood grocer,” New said. “Hopefully it’s the start of creating some pretty cool retail out there in an area that hasn’t seen retail in a long time.”